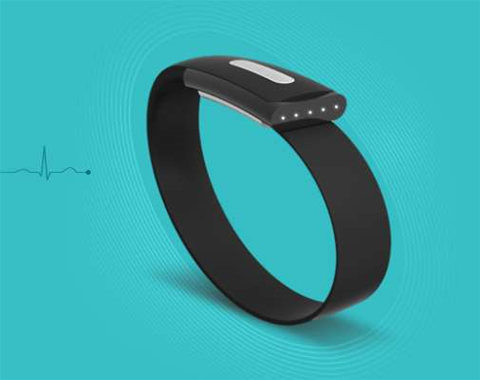 Credit card giant MasterCard and Royal Bank of Canada are partnering with Canadian startup Bionym to test whether the beat of a person's heart can be used to verify payments.

Bionym's wearable security device "Nymi" - which authenticates identity by using a person's cardiac rhythm - is designed to eliminate the need for passwords, pin codes and keys.

The trial will allow Royal Bank (RBC), Canada's largest bank, MasterCard and customers using the technology to test electrocardiogram-authenticated payments before the end of the year.

"We're continuing to work to provide customers increased choice how they pay," RBC head of payment innovation Jeremy Bornstein said in a statement.

"Once their wristband is activated, they can leave their phone at home while they go for a run or run an errand, and conveniently and securely buy a coffee or groceries with a tap of the wrist."

The new technology comes at a time when large retailers across North America have been grappling with data breaches and the theft of account numbers and other information from payment cards used by customers.

US retailer Target is still recovering from a major breach last year that resulted in the theft of 40 million payment card numbers and 70 million other pieces of customer data such as email addresses and phone numbers.

Michaels Stores, the biggest US arts and crafts retailer, in May suffered a security breach that may have affected about 2.6 million payment cards.

In March, Visa and MasterCard launched a cross-industry group to improve security for card transactions and pressed US retailers and banks to meet a 2015 deadline to adopt technology that would make it safer to pay with plastic.

Bionym said its Nymi wristband is the world's first biometrically authenticated wearable payment pilot. It said it believes the technology could result in faster, easier financial payments with less risk.

The company recently raised US$14 million in funding from range of investors, including Ignition Partners, MasterCard, Relay Ventures, Export Development Canada and Salesforce.com.