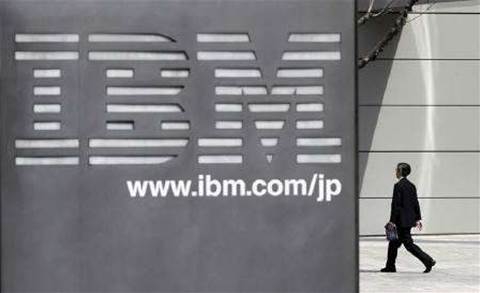 Watson takes on the best.

A man-versus-machine showdown on popular U.S. quiz show "Jeopardy!" ended in a tie on the first day of a three-day challenge, when an IBM computer showed off its knowledge of the Beatles, as well as a few glitches.

The machine, dubbed Watson after IBM's former president Thomas Watson, is the computer and software maker's latest display of its expertise in advanced science.

Watson's ability to understand language and solve problems through complex algorithms makes it even more evolved than Deep Blue, an IBM chess-playing supercomputer that beat world champion Garry Kasparov in 1997.

"Any time you feel the pain, hey -- this guy -- Don't carry the world upon your shoulders," was one clue posed by host Alex Trebek on Monday's show.

But Watson also made some errors, coming up with the wrong Latin word for "terminal" and repeating another contestant's mistake because it can't interact with other players.

In an earlier practice session, it mistakenly named Beethoven instead of actor and musician Jamie Foxx, prompting contestant Brad Rutter to quip: "I get the two mixed up all the time." Watson didn't laugh, revealing what some say is another flaw -- the lack of a sense of humor.

At the end of Monday's half-hour show, Watson and Rutter, who has in previous appearances won a total of US$3.3 million, were tied with US$5,000 each.

The final showdown airs on Wednesday, with contestants vying for a grand prize of US$1 million. IBM plans to donate all of Watson's winnings to charity.

IBM spends around US$6 billion a year on research and development. An unspecified part of that goes to what it calls "grand challenges," or big, multiyear science projects such as Watson and Deep Blue.