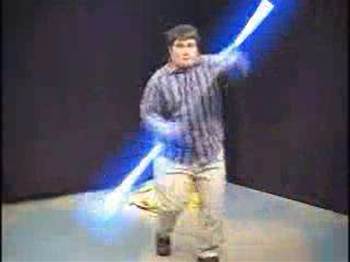 May the search be with you.

Lycos has revealed the most popular Star Wars search terms to mark the 30th anniversary of the George Lucas blockbuster.

Rather than 'light sabre' or 'the force' it is Natalie Portman, who plays Queen Padmé Amidala, who tops the list with 679 per cent more online interest than the next most popular Star Wars actor, Harrison Ford.

The search term 'Queen Padmé Amidala' did not register a blip on the radar with web users.

Jabba the Hutt's Twi'lek slave dancer 'Oola' comes in at second place, and 'Endor', home of the Ewoks and construction site of the second Death Star, comes in at third.

The Lycos 50 team opted to omit the generic term 'Star Wars' from the list. If it were included, it would be the number one search term overall when looking at all search terms associated with the six films, generating 126 per cent more online interest than 'Natalie Portman'.

Surfers were twice as likely to search for the term 'Artoo Detoo' than 'R2-D2', the results indicated.

Along with a variety of events by fan clubs around the world, Lucas's Lucasfilm and gaming enthusiast organisation Gen Con will celebrate the 30th anniversary of Star Wars with Star Wars Celebration IV.

The event will be hosted at the Los Angeles Convention Centre in May for five days with live entertainment, celebrities from all six movies, special film and video presentations, an exhibit of props and costumes, pop culture tributes and costume contests.