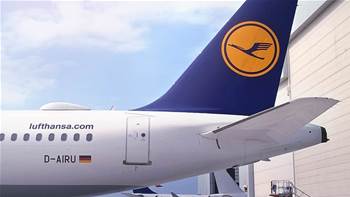 Beta users want more than a human-like name and avatar.

Lufthansa has delayed the responsiveness of its Mildred cheap airfare chatbot after users were “irritated” that it replied to their questions unnaturally fast.

The German airline introduced a beta of Mildred in December last year.

Based on natural language processing technology Wit.ai, the bot works with Facebook Messenger to help prospective customers plan trips up to nine months in advance.

“One learning with our first bot on Facebook Messenger is that people were irritated when Mildred was answering too fast because this was not natural so they did not expect such a fast answer,” Wingenter said.

“We had to put in a delay for [people with] fast internet connections so they believed it was a natural conversation.”

Wingenter told iTnews the bot had been given its name - and an avatar of “a friendly lady with glasses and her pink hair in a bun” – to humanise the service.

But analysis of the chatbot’s logs and follow-ups with early users of the service suggested they wanted to see a deeper level of humanisation. In effect, users wanted to replicate norms of human conversation, even if the interaction was between a human and a machine.

“It might be in the future that people get used to communicating with machines, but right now they’re not used it and so they expect the other side to be more human,” Wingenter said.

“As a society, we have to learn how to interact with machines. This is something we have to find out.”

Wingenter said the airline hadn’t narrowed down on particular ecosystems of AI technology, services or APIs.

“We have to learn along the way,” he said.

“It’s not about having the commercial case [for AI] right now. It’s about learning and this is what people need to understand, especially people inside the company, because they might say it doesn’t bring in enough business, why are we doing it.

“But the learnings we are getting can translate across to or transform other projects.”

Wingenter said he was looking for chatbots to handle interactions that best played to the strength of machines, such as in pulling together responses from information held in various source systems.

“It’s important to understand that machines and humans don’t do the same job,” he said. “Hopefully machines will help humans focus on things they are best at.”

For example, it is likely that humans will remain the focal point of contact for customer service areas that require “someone to take responsibility” for the outcome of the service, such as resolving a problem with a booking.

However, Wingenter said he envisioned a world where layers of bots worked in the background to resolve certain types of customer questions.

“I might be at home and I tell my Alexa or Google Home assistant to check something for me about my flight and bots [in the front and backend will] handle this,” he said.

“But I’d rather have a nice service person available to talk about my airline status and how I can reach the next level.”

Ry Crozier travelled to SAP's Sapphire Now conference in Orlando as a guest of SAP.