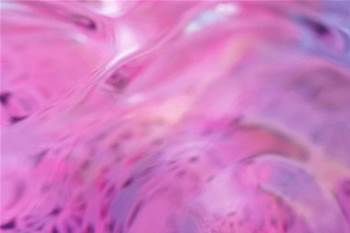 Researchers are making headway in creating computers from genetically altered bacteria -- but don’t expect to see these “living computers” in the enterprise anytime soon.

According to biologist Karmella Haynes, patenting and selling a living computer might face the same issues as patenting genes.

Haynes is the lead researcher of a study that has successfully created bacterial computers able to solve a mathematical puzzle known as the “burnt pancake problem”.

The problem is essentially a sorting puzzle that involves a stack of pancakes of different sizes, each of which has a golden and a burnt side.

The aim is to sort the stack so that the largest pancake is on the bottom and all pancakes are golden side up, in the fewest number of flips.

By adding genes to Escherichia coli bacteria, the researchers have developed a DNA-based system that shuffles objects around using a process called "sorting by reversals”.

“This sort of operation can be applied to any problem that needs to be solved by sorting objects into the proper order and orientation,” said Haynes, who is a visiting assistant professor of Biology at Davidson College in the U.S.

“We are currently working on ways to convert other math problems into sorting problems that can be processed with our living computer system,” she told iTnews.

Findings of the research have been published in the open access Journal of Biological Engineering, and are said to demonstrate that computing in living cells may be a feasible alternative to electronic machines.

By exploiting the infinitesimally tiny scale of DNA and bacteria, living computers could carry out complex parallel processing problems that would otherwise utilise very large and expensive electronic computing systems.

Since bacteria multiply naturally, living computers could be less expensive to replicate when compared with conventional devices.

“These characteristics are not ideal for consumer devices, but are potentially very useful in the fields of mathematics and computer science,” she said.

While DNA computing is a subject of interest for many scientists, the system that has been developed by Haynes’ research team from the biology and the mathematics departments of Davidson College and Missouri Western State University, is said to be unique in that it has been Open Source since its inception.

The system is accessible via the Massachusetts Institute of Technology (MIT) Registry of Standard Biological Parts, which allows students and academics to design and snap together their own living computers.

“The more creative minds tackling living computer design the better our prospects for seeing sophisticated versions in the near future,” she said.

While DNA computing has a long way to go before it can replace electronic computers, Haynes said the possibility is “definitely on the horizon”.

“Much like how conventional computers have been developed then marketed, after the technology of DNA-based computing has sufficiently matured, companies could get involved and market their own versions of the technology,” she said.
Got a news tip for our journalists? Share it with us anonymously here.