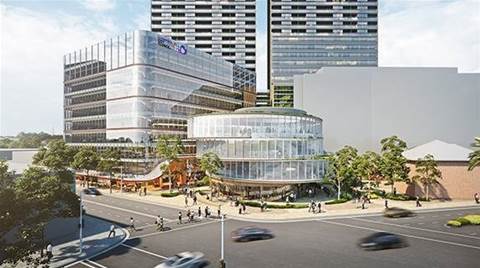 Liverpool City Council in Sydney's west is analysing CCTV imagery with deep learning algorithms and edge computing in a bid to understand pedestrian and traffic movements.

The city in Sydney's southwest has partnered with the Digital Living Lab (DLL) - part of the University of Wollongong’s SMART Infrastructure Facility  - to deploy the lab’s Versatile Intelligent Video Analytics (VIVA) platform.

VIVA’s deep learning algorithms were developed by DLL using transfer learning - a form of machine learning that takes lessons from one subject matter and applies it to a related but separate field.

It was built on NVIDIA’s Metropolis platform for artificial intelligence and internet of things (IoT) sensors, along with NVIDIA’s TensorRT software on the company’s Jetson edge AI computers.

Johan Barthelemy, a lecturer at the SMART Infrastructure Facility, said the use of edge computing was designed to reduce bandwidth by crunching the data at its source.

“We designed VIVA to process video feeds as close as possible to the source, which is the camera,” he said.

“Once a frame has been analysed using a deep neural network, the outcome is transmitted and the current frame is discarded.”

The solution has the added benefit of complying with privacy regulations which had previously limited the way CCTV could be used - typically as an after-the-fact record of incidents rather than something that was proactively monitored.

Insights from the partnership are set to be used in a number of projects, such as understanding pedestrians’ preferred routes to ease congestion and to inform direct maintenance and lighting investments.

Similar work is being done for cyclists and motorists to understand the traffic and parking patterns of the 30,000 people who journey to Liverpool’s central business district each business day.

Barthelemy said that to monitor and analyse these disparate forms of mobility without VIVA would have required a fleet of specialised and costly fixed sensors.

But, using computer vision at the edge of the network allows VIVA to count the different types of traffic, capturing their trajectory and speed using infrastructure that was largely in place already.

Patterns of movements and points of congestion are identified and predicted to help improve street and footpath layout and connectivity, traffic management and guided pathways, all in real-time.

Using transfer learning and open databases such as OpenImage, COCO and Pascal VOC, DLL was able to use an in-house app to create synthetic data to allow the VIVA platform to learn from a number of scenarios that might not otherwise be present at any given time, such a rainstorm or influx of cyclists.

“This synthetic data generation allowed us to generate 35,000-plus images per scenario of interest under different weather, time of day and lighting conditions,” Barthelemy said.

“The synthetic data generation uses ray tracing to improve the realism of the generated images.”

The city is already experiencing the knock-on effects of a new university campus nearby, and expects the completion of the Western Sydney Airport to further contribute to growth in the region.