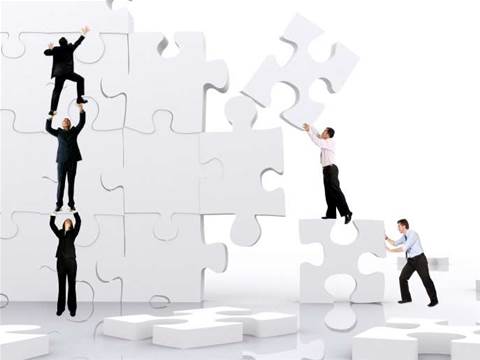 Allianz Australia is on track to deliver a two-year claims and customer service platform upgrade after initially exceeding the project’s budget by 20 percent.

The insurer began deploying a new service-oriented architecture based on a Polaris Software platform for its claims lodgement, sales and customer support applications in March 2010.

But the move did not occur until November 2010, she told a FST conference in Sydney today.

“Our initial claims lodgement project was over-time and over-budget,” she said.

She did not disclose the budget but noted the cost was “not massive”.

“Given it’s a new technology project, it’s not surprising, but I certainly wasn’t at the top of our chief operating officer’s Christmas card list at the time.”

The project was given the green light to continue after garnering “absolutely fantastic” feedback from end-users within a month of going live.

Claims staff are presented with 12 screens instead of the previous 40 and are able to lodge claims for customers over the telephone in three minutes instead of 18 minutes, she said.

After the team delivered online, self-service claims functionality in May 2011, Fullagar said customers were able to lodge claims in six minutes instead of 12 minutes.

“The growth … that Allianz is experiencing at ten percent year-on-year flows through to our claims volumes.

“Anything that we can do to improve the efficiency of our claims process is obviously a big benefit, as it enables us to process that increasing number of claims with the same number of staff."

A concurrent sales and service platform upgrade saw staff moved from Allianz’s Quest platform, based on “outdated technology”, to the new Safire platform.

With the more user-friendly Safire, Allianz reported a one-minute reduction in sales call times and “significantly reduced” training times for staff in an area where staff turnover was usually high.

“Consultants are able to follow an easy, wizard-style interface,” Fullagar said, highlighting the prevalence of inconsistent processes and manual workarounds in the platform's predecessor.

“We have scripting embedded for consultants to follow and that improves the call quality and ultimately improves the customer experience.”

All applications were virtualised onto Allianz’s mainframe.

Fullagar said the business had decided to enable its core Cobol application for web services to leverage its investment in the legacy system.

She said the architecture would allow Allianz to modernise its IT systems incrementally, instead of going through “big bang” projects.

“I know I’m getting a bit older, but I think the world is getting vastly more complex now,” Fullagar mused.

“There are so many more layers in our architecture; when we just had good old Cobol applications with few interfaces, the world was definitely easier to manage.

“This is a fantastic approach and a good architecture going forward,” she said. “It enables us to deliver incrementally with lower cost but also lower risk going forward.”

Because Allianz had 40 to 50 technologists working on the Servis claims platform and a similar number working on Safire, coordination was a challenge.

“Through this journey, the number of decisions we’ve made has been quite challenging and the number of debates we had within the teams about which way we go was absolutely exhausting,” Fullagar said.

She urged her peers at the conference to “be prepared to take some risks” and spend less time on selecting the technology – which was “actually the easy bit”.

As the project progressed, Allianz distributed its development, infrastructure and application teams into working parties that were responsible for key areas.

“We found that those working parties could work through that detail and we empowered them to make decisions,” Fullagar said.

“When they couldn’t come to an agreement, we had appropriate escalation forums so they could escalate options and senior management could make a decision.

“That certainly removed a lot of the noise that we were seeing.”

In hindsight, Fullagar said she would have split work between smaller, core teams of ten that could incrementally deliver functionality according to business priorities.

Similarly, she noted that the broad scope of the service-oriented architecture project was a challenge that involved setting up a wide range of new artefacts and integration points.

Although Allianz’s first few implementations were “quite stable in production”, Fullagar said more challenges surfaced as its production load grew.

“Luckily, with a bit of configuration and people working together, we’ve been able to restore stability to production,” she said.

“But even a small change now has to have a thorough impact analysis because it can impact many areas.”

Fullagar urged her peers to allow themselves enough time to set up new environments and resolve integration challenges and any hiccups in a timely fashion to avoid larger issues as projects progressed.

“We start these big programs with good intentions; we run the risk workshops; we identify and work out how to mitigate those risks,” she said.

“But then we put that document in a project folder and get so busy executing or delivery the project that we forget about the risks until they actually surface as issues.

“You just need to remember on the way through to revisit those risks on a weekly basis to make sure they don’t turn into issues.”

Edited on 19 March 2012: This story originally indicated that the new service and sales platform was named 'Sapphire'. This has been corrected to 'Safire'.