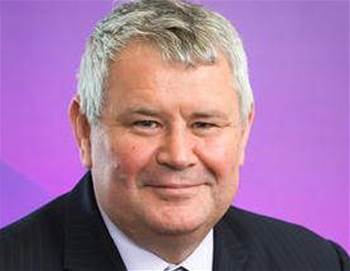 Major IT contractor to government under new management.

Leidos Australia has elevated its director of IT projects and intelligence Paul Chase to the local CEO role vacated by Christine Zeitz in March.

The Australian arm of Leidos, a global government and intelligence tech services specialist, said today that Chase - a 22-year veteran of the firm, is Zeitz’s permanent replacement.

Chase had been acting in the CEO role since Zeitz’s departure.

“Paul has been with the organisation for 22 years and has held various program management positions, led multiple new business pursuits and is highly regarded by Australian stakeholders and customers,” the company said in a statement.

Chase updated his LinkedIn profile to say he would now oversee “revenues of over $500 million and a local workforce exceeding 1200 employees”.

“With the team, we will continue to grow our Australian business by focusing on helping our customers to deliver their mission.”

Leidos is a major IT contractor, particularly on large government projects.

In March this year, it picked up a three-year, $16 million deal to deploy a secure data platform for the Bureau of Meteorology.

In November last year, the Australian Taxation Office extended the support component of its long-running end user computing deal with Leidos by another two-and-a-half years and an extra $87.1 million.

In February last year, Defence named Leidos as prime system integrator on a long-awaited project to improve the integration of its intelligence, surveillance and reconnaissance (ISR) capabilities.