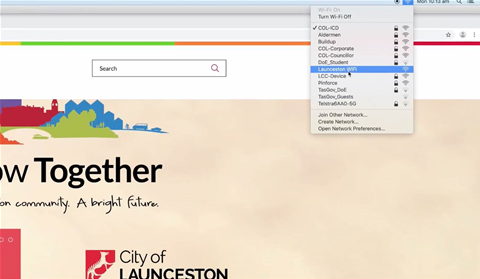 The City of Launceston is upgrading its free wi-fi network with 50 new access points as well as higher speeds and untimed access.

The council said in a Facebook post that it is “in the middle” of the network upgrade, with the first batch of new sites now live.

“For some years now the city of Launceston has offered public wi-fi in the CBD,” a spokesperson said.

“But right now we’re in the middle of a significant project to significantly upgrade our public wi-fi system.

“As part of that upgrade we’re rolling out 50 wireless access points.

"What this means is that there will be unprecedented public wifi access throughout Launceston and that it will be at greater speeds and without time restrictions.”

The new access points are already live “in public spaces in the CBD like Civic Square, the Brisbane St Mall and the Quadrant Mall”, council said.

Other locations where the network is being expanded to include the Launceston Leisure and Aquatic Centre, City Park, the Cataract Gorge, and Riverbend Park.