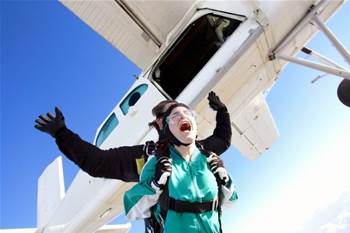 Property valuation firm LandMark White has reaped the wrath of angry investors after finally returning to trading on the Australian Securities Exchange, with the beleaguered company’s shares belted down by 31 percent to 26 cents at midday on Tuesday.

The freefall came as previously marooned shareholders ran for the exits right from the bell, an exodus that had been widely expected after LandMark White requested a prolonged trading halt to keep the property and personal financial data business on life support after it confessed to a massive data breach.

The company’s shares had been in an extended voluntary trading halt since February 19 2019.

Bottom pickers and arbitrageurs started sniffing the stock from opening, pushing it up from its opening price of just 20 cents, a 52 week low. Today’s fall compound LandMark White’s two nosedives in January and February to 38 cents after it had been nudging 50 cents.

LandMark White yesterday put on the hair shirt and told investors it estimated the data theft it had suffered would knock around $7 million off its NPAT a forecast NPAT loss of $2.5 million for the second half of the 2019 financial year.

Revenue guidance was slashed from $55 million to $43 .5 million.

However LandMark White stressed it now had three of the Big Four banks back onboard using its outsourced valuation services. The question now is whether banks are prepared to continue to support what in some ways is a common utility or opt to bake their own.

Many of the records subsequently made it on to the dark web at least twice.