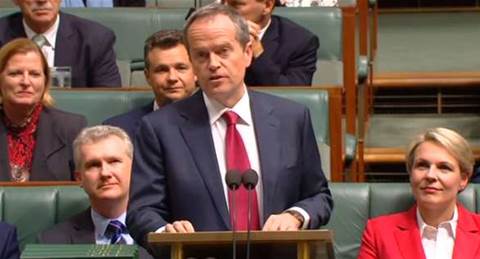 Terrorists must have 'no place to hide'.

Federal opposition leader Bill Shorten has indicated his party is likely to support the government's push to force technology companies to be able to decrypt user communications.

Over the weekend the government revealed its plans to follow the United Kingdom and introduce new requirements on operators of end-to-end encrypted communications services like WhatsApp, Signal, Telegram and Apple's iMessage.

The UK's so-called "technology capability notices" force communications operators to ensure they are technically able to hand over decrypted data in "near real time" to law enforcement following the issuance of a warrant.

Critics of the scheme in the UK and now Australia say these notices leave communications operators no choice but to build backdoors into their products.

The UK and Australian governments have both denied they are asking for backdoors, but neither have provided any detail on how they expect operators to meet the requirements of the technical capability notices.

The Australian government intends to discuss the issue with its Five Eyes partners at a conference in Canada in a fortnight.

Speaking to parliament today, opposition leader Bill Shorten said "big internet companies" needed to be "part of our society in the sense of working with us as well as taking from us".

"We need them to be proactive, not reactive. Terrorism does not self-police, so we cannot rely on a self-policing system."

He said terrorists were hiding behind encryption technologies, Bitcoin, and the so-called dark web to "stay in the shadows" and obscure their activities.

"We must target this threat head-on. As terrorists adapt their methods and seek to hide online, we must ensure our agencies have the tools, resources and technology so terrorism has no place to hide," Shorten said.

"We can allow them no sanctuary, no place to rest - we must dislodge them from wherever they hide.

"In doing this, though, we must always be mindful of the rule of law and the proper protections of our citizens. [But] we cannot sit back when our enemies have access to a worldwide system to educate and fund extremists."

Prime Minister Malcolm Turnbull said while encryption was a "vital piece of security" for everything from communication to shopping and banking, "the privacy of a terrorist can never be more important than public safety".

He denied the campaign was about creating backdoors, but did not detail how operators were expected to decrypt communications they do not hold the keys to.

"It is about collaboration with and assistance from industry in the pursuit of public safety," he said.

Turnbull said the government would 'balance the priority of community safety with individual liberties'.

"An online civil society is as achievable as an offline one, and the rights and protections of the vast, overwhelming majority of Australians, must outweigh the rights of those who will do them harm," he told parliament.

"My government is committed to this. We will not take an 'if it ain't broke, we won't fix it' mentality. The government does not set and forget."