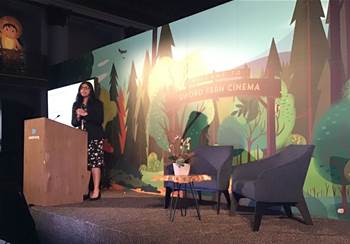 La Trobe University is building a new system for its researchers that takes care of the administrative overhead in finding and securing R&D funding so they can concentrate on their research.

The system is called the Project for Research Information Enablement (PRIME) and is being developed jointly by La Trobe University and the IBM-owned Salesforce consultancy Bluewolf.

It presently exists as a minimum viable product (MVP) but could eventually be rebranded as a commercial product sold to the tertiary market.

That income is drawn from government, philanthropic, industry and other funding sources.

However, like other universities, the government contribution has steadily shrunk, with researchers forced to look further afield to attract funds for their work.

“The government funding has actually gone down considerably,” Balakrishnan said.

“This is a big problem not just for La Trobe University but for a number of universities across Australia.”

The situation means researchers now spend more time trying to procure funding, which draws them away from actually being able to make discoveries in their respective fields.

“The reality is, they might not get [to a discovery] as soon as [they] would like to because [they’re] too busy doing administration, trying to get the approvals, trying to get somebody to help him at all those different stages [of the research lifecycle],” Balakrishnan said.

Research management, as a discipline, had sprung up in universities as a response to this, seeking to take away some of the administrative burden being put on researchers.

However, La Trobe is hoping to create a “step change” in the space with PRIME, a single portal that finds funding opportunities for researchers and then helps them win the cash.

PRIME is built on a Salesforce stack, but the university indicated it is far from “off-the-shelf” and has been developed by a co-located team of Bluewolf and La Trobe staff.

Director of enterprise IT John Parry said that Bluewolf suggested the “left-of-field” solution via an initial tender.

It took six months to negotiate an “outcomes-based contract” where both parties have shared the risk - but also stand to jointly benefit from the solution being realised.

The university realised an MVP but says there is more work to do.

“We are halfway there on the journey, depending on where the destination is,” Parry said.

“What we'll be looking to do next is take it to another level, mature it out as a product, embrace it further and actually build more value, not only for the university, but for research and the sectors more generally, nationally and internationally.”

Balakrishnan said the MVP was pieced together with the assistance of Dr Ashley Franks, a researcher with a longtime goal of using bacteria as a source of electricity. 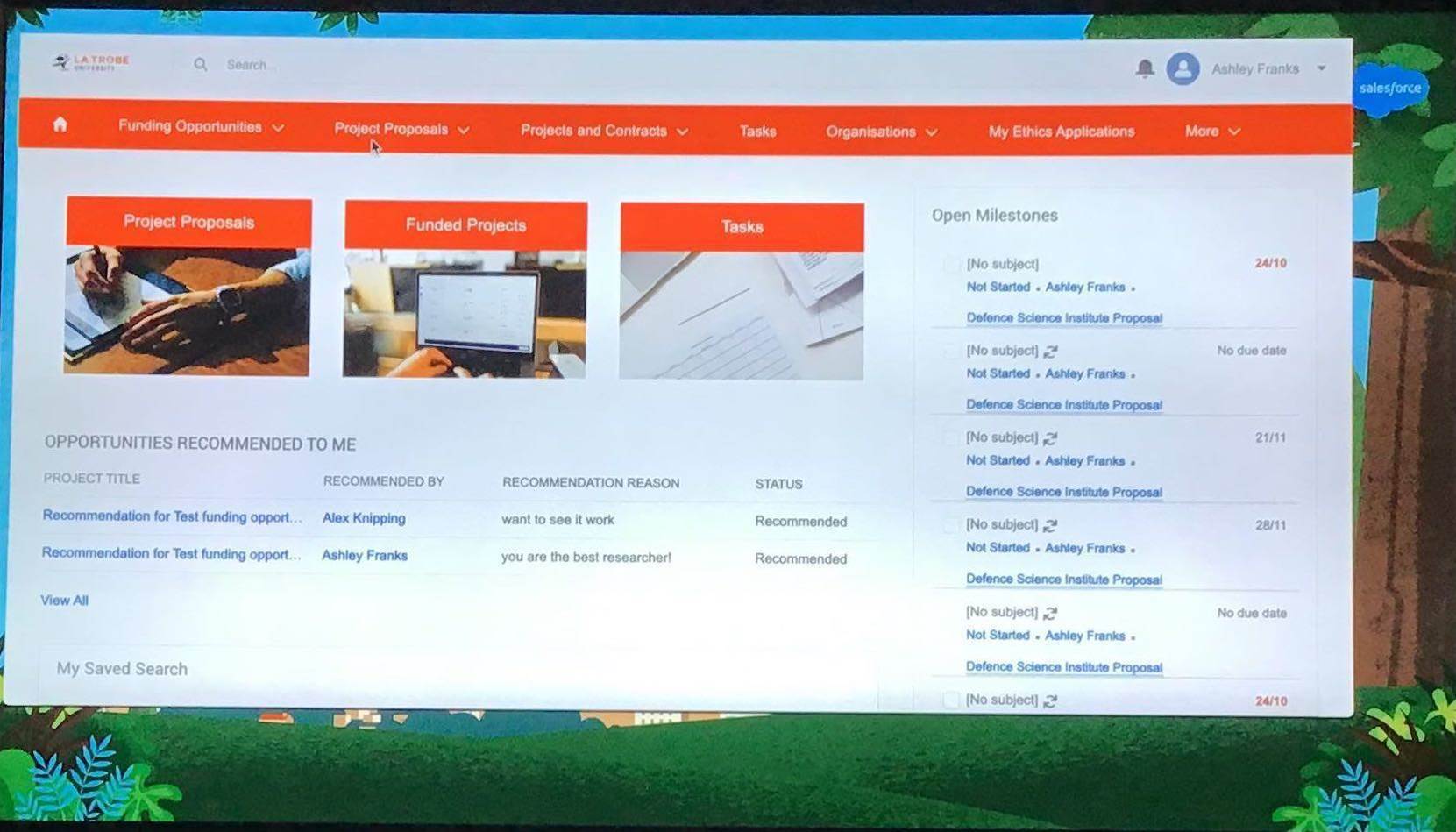 Franks is one of PRIME’s product owners.

“He helped us design the system,” Balakrishnan said.

“That's why we think this is a game changer because this has come from our customer, it's customer-centric.”

In total, the university held around 35 workshops with stakeholders to understand how to design PRIME.

“What we're trying to do with this project is to ensure that the different systems that Ashley is working with, fade away and through a single sign-on he's able to access and get creative with his research; have visibility, accountability around his research; better collaboration; and that his management is able to report on his performance and ensure that more funding and resources are pumped his way so he actually can go off and find electricity from bacteria,” Balakrishnan said.

Balakrishnan demonstrated the MVP of the researcher portal.

It plugs into Research Professional, a third-party database of funding opportunities and surfaces relevant ones to researchers.

Once the researcher has selected an opportunity, the portal helps them create a proposal and assigns people in other parts of the university to help see it through.

The portal seeks relevant information and documents and helps researchers to correctly calculate their costs.

“Can I just tell you this is such a big pain point for a number of researchers to know how to cost their projects,” Balakrishnan said.

“The system is actually prompting them to actually choose the resources that they need for this project.

“It also has the capability to tell them whether they should be putting in tax on some of these or not - all the complexities they probably would have never thought of.” 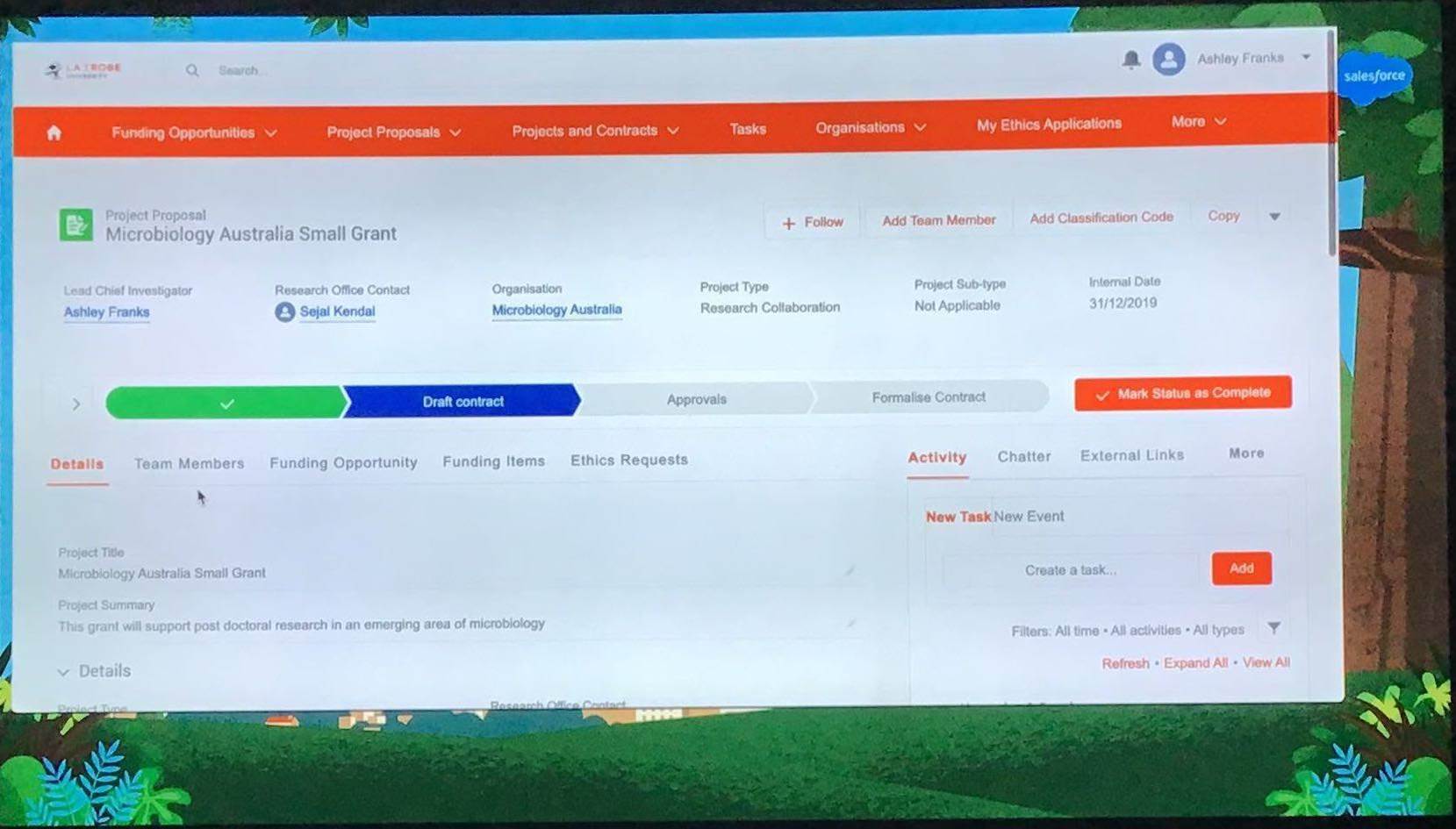 PRIME also has a benefit for the university in helping it centrally track the amount of research income it will retain.

“If Ashley goes for an opportunity, on the whole he might get $3 million, but all of the $3 million may not stay at La Trobe University,” Balakrishnan said.

“He might have to partner with some other researchers in other universities and part with that cash.

“We want to see exactly how much was retained in the university to cover our overheads and on-costs.”

PRIME further prompts researchers to work with the university’s legal office to negotiate any intellectual property or commercialisation clauses in a funding agreement.

Further, it can also seek answers on ethical questions that may flow from funding offers.

“When they start research, we've now brought in ethics so the researcher is able to, at any given point in time, access support from support services where someone's able to plug in and help them with the ethical questions around research as well,” Balakrishnan said.

“This is a game changer because this has brought together a number of internal divisions in the university that support research, and we all undertake research management exercises for the researcher, and it's brought it all together in one portal for a researcher.”

Once completed, PRIME is expected to offer a number of benefits for La Trobe.

“It's going to help our researchers spend more time in the labs than dealing with disparate systems.

“It's going to improve our research performance analytics, which means we'll enable strategic investment by the university.

“It's going to increase our rankings, because our researchers are busy putting out excellent publications, which means we will increase our student success, and we'll be able to attract better students internationally.

“And it’ll definitely increase our research income, because researchers are not spending time looking for the opportunity - the opportunity targets them. That's why this is a gamechanger.”