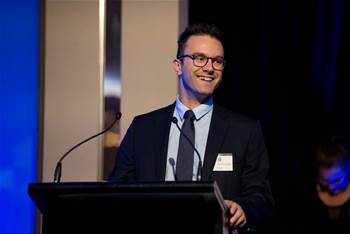 Kogan's speedy and resourceful relaunch of the collapsed Dick Smith business has earned it the top spot in the Consumer category of this year's iTnews Benchmark Awards.

Chief technology officer Goran Stefkovski's team was given hardly any time to launch a full e-commerce operation from scratch when his company bought the Dick Smith brand without any of its supporting infrastructure.

With a looming two-month deadline, Stefkovski leveraged existing in-house expertise to remodel the proprietary platforms his team had built for Kogan into a new brand.

He also tapped into the auto-scale properties of Kogan's cloud infrastructure to enable the new Dick Smith's online-only business.

Stefkovksi's smarts meant Kogan launched Dick Smith within just one month - four weeks ahead of schedule - and without having to pay for any additional resources.

This translated into an extra $3 million revenue Kogan hadn't been expecting. The business also saved around $50,000 per month by putting Dick Smith on Kogan's cloud infrastructure rather than launching its own instances.

Accepting his award, Stefkovski congratuled his fellow finalists for their achievements.

"I'm truly honoured to accept this award," he said.

"It recognises and represents the achievements of an ongoing culture of ideas, a continual strive to improve our processes and our tech stack, as well as an investment in talented people, which is really important."

Stefkovski managed to edge out worthy competitors Christian McGilloway, who was in the running for the Boost Juice Free the Fruit game app, and Inchcape's Alan Perkins for his efforts to unite legacy and manual IT.