How a game app lured back Boost Juice's customers 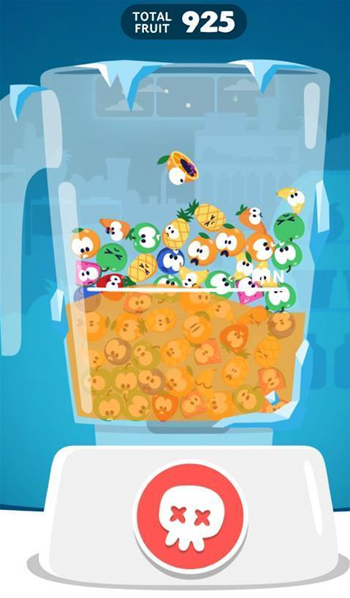 Retail businesses spend a lot of time working out how to retain the customers they've expended effort acquiring, given the costs involved in bringing new customers on board.

But over the past two years, Boost Juice parent Retail Zoo watched as its customer competition campaigns failed to get big traction, and less of the same juice drinkers walked through its doors.

It was forced to rethink how it interacted with its customers to make sure they'd keep coming back.

The young brand wanted a fun and engaging way to connect with its core audience and ultimately increase its in-store transactions.

It decided to try something it had never done before and build its own mobile game application, with a little help from Melbourne-based game development studio Millipede.

Free the Fruit was released into the wild in late March this year. It combines elements of Candy Crush with combat, asking users to help 'Mango Man' free kidnapped fruit from Boost Juice stores. Players can win drink vouchers by choosing to blend their saved fruit at the end of the game.

The cross-platform app, built on Microsoft's Xamarin, integrates with Boost Juice's point-of-sale systems to allow players to redeem their in-game vouchers in stores.

Auto-scaling Azure servers handle load, while OneSignal allows the retailer to push notifications from within game events to keep up engagement.

And server-side checks verify that the single-use, time-sensitive coupons are legitimate, in the face of users decompiling the app's APK files to change their scores locally and access more free drinks.

"By creating a concept that was fun but still brought the brand assets to life, we could give players an experience that would feel natural and not too branded, hence holding their attention for longer periods of time," head of digital Christian McGilloway told iTnews.

Against the status quo of such loyalty programs, the company didn't ask for anything in return from users: the game offered the chance to win free drinks without requiring an individual's personal details.

This was not an easy sell internally - giving away free drinks for "time" was an "extremely daunting thought for senior management", McGilloway said.

"While research helped us estimate the potential usage it was hard to determine how much success would cost to the business," he said.

"Creating numerous models of customer usage detailing potential discounting and free product helped us manage this risk internally. Risk was further mitigated by creating dynamic tiers of prizing based on the average number of fruits being blended by customers."

However, the business was very quickly alerted to the potential benefits of the approach after the app soared to the top of the free charts in app stores and surpassed its target of game play by 15 percent within the first four days.

The specific drinks campaign running in the game was only intended to last four weeks, but after the initial response the executive team doubled the runtime.

The initiative wasn't entirely rosy, however - the team had to work through some initial performance hiccups that weren't well received by game players.

It hadn't anticipated the high numbers of players that flooded to the app, meaning its auto-scaled servers were under-provisioned.

The team had to quickly increase its load threshold and push out a server-side update to the app to allow more coupons to be collected.

Overall, however, the company is now boasting big increases in both sales and foot traffic in stores.

It plans to continue using the application for promotional campaigns.

This project has been named a finalist in the consumer category of the iTnews Benchmark Awards 2017. View the full list of finalists here.