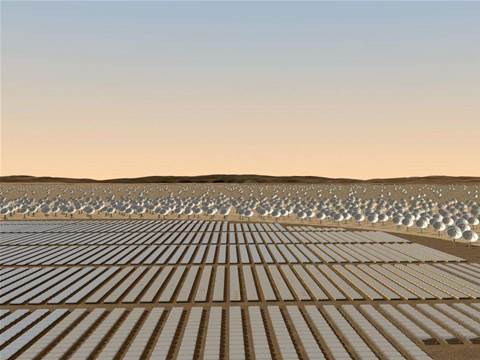 Supercomputing and high-tech sectors could benefit.

The array is a large-scale radio telescope consisting up to four thousand antennas spread over a five thousand kilometre baseline to create a single deep space listening device.

It was "on par" with the large hadron collider in terms of scientific scale, according to the Minister for Innovation, Industry, Science and Research Kim Carr.

Australia was one of two locations shortlisted to host the array. The other was South Africa.

But New Zealand could now take a greater role in the project after signing an agreement today at the Australia-New Zealand Leadership Forum in Sydney.

Carr said New Zealand was "crucial to building the global collaboration required for the SKA to reach its full potential.

"New Zealand's participation will strengthen the bid to host the SKA, one of the world's great science projects, making the bid truly international," Carr said.

"If our bid is successful, the SKA will not only significantly increase Australia's and New Zealand's scientific capabilities; it will result in economic benefits and spinoffs in a number of areas, including supercomputing, data transmission, renewable energy, construction and manufacturing."

New Zealand's physical array presence could include the construction of two stations housing "an array of radio telescopes," its Government said in a statement.

The SKANZ website showed a map with at least three stations to be constructed.

A final decision on the host site was expected in 2012. Construction was expected to run for six to eight years.

The Australian Government recently invested $88.4 million in the Giant Magellan Telescope in Chile, partially to strengthen its bid to host the square kilometre array.

In March, researchers demonstrated high data-transfer speeds when transporting astronomic information from the east coast of Australia to the west.