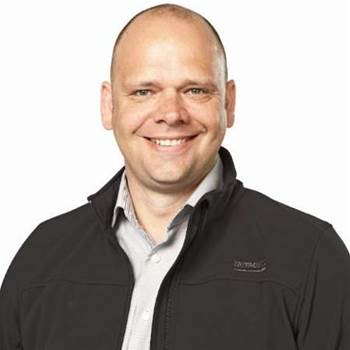 Outdoor retailer Kathmandu is undergoing a complete revamp of its core business systems, adopting Microsoft Dynamics AX for both its internal operations and point of sale.

“We’re moving from a best-of-breed strategy where it was very difficult to get timely, accurate information in an environment where data is always flying around," he said.

"My strategy now is to stick everything in one system."

The company kicked off the core upgrade project in January this year, and expects all 140 stores globally to be using the same in-store and backoffice systems by December 2014.

The first phase of the project involved Kathmandu migrating from a legacy CRM database to a Dynamics instance that is hosted in Dimension Data's Sydney data centre.

The company has also moved to a Dynamics integrated solution for its forecasting and planning systems created by Microsoft partner JustEnough.

The next step is to replace a seven-year-old Pronto software installation at the point of sale with Dynamics AX for Retail.

The PoS upgrade will take place in December and is expected to be completed across Kathmandu locations in Australia, the UK and New Zealand by February 2014.

“Pronto was an overnight integration and it didn’t offer us [real-time stock availability], the data was a day behind,” Taylor said.

“You need to know the status of your inventory in real time so you can sell the units you have.”

Taylor said having the PoS system integrated with other systems would provide Kathmandu with new capabilities, such as being able to "sign up club members at the point-of-sale and sell [in-store] via online."

Next year, Kathmandu will migrate its finance and supply systems from Infor M3 to Dynamics.

Earlier this year Kathmandu trialled a number of iPads in a Melbourne store to allow customers in a physical store to make online purchases if a product is out of stock at the outlet.

Taylor said the iPads hadn’t entirely met the retailer’s needs, and it would now pilot a number of HP ElitePads across four stores in New Zealand and Australia with the new PoS solution.

“The iPad trial went really well but there are other devices that can do more," he said.

“There are several [possible] solutions at the moment. There are devices from Motorola, but at the moment the HP ElitePad has got my attention.

“Over time I think these devices will come and go in terms of who’s the market leader, and I think the best thing you can do is use whoever fits your needs at that time and be flexible to something else as long as you can support it properly, and we can do that through Microsoft System Center.”

Kathmandu has also taken the opportunity to introduce Microsoft Lync into the business for collaboration and telephony.

Lync will be used across the business for videoconferencing, instant messaging and IP telephony, and will be integrated with Kathmandu’s CRM and Outlook environments.

Taylor said the retailer previously had “a bit of videconferencing” and traditional phone systems which were run as standalone telephony, not linked between different business areas.

The solution will be rolled out first to head office and distribution centres before the end of January 2014, and later to all Kathmandu’s retail outlets.