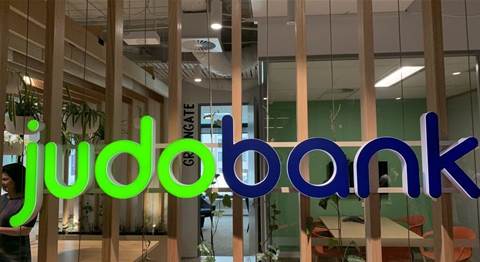 On a case-by-case basis.

Judo Bank has stated it won’t refuse or decline certain types of businesses from using its banking services but would make decisions on a case-by-case basis.

At the 'Australia as a Technology and Financial Centre'  senate inquiry, Judo Bank chief executive Joseph Healy was questioned on its practices for offering banking services.

One of the issues being canvassed by the committee is "de-banking", where fintechs and cryptocurrency companies are declined services from the major banks.

Healy said Judo Bank would stand behind its ‘four C’s of banking’ - character, capacity, capital and collateral - when considering providing services to a business in the digital assets space.

“We do not exclude any sector of the economy," Healy said.

"We take the view that each business is quite unique in nature.

“It's important to understand the business in your assessment of the risk, rather than having a blanket policy that says ‘we will not lend money to a particular sector.’ ”

Healy stated that while Judo Bank currently has no cryptocurrency business customers, “there is no reason why we would not offer [them] a service”.

One neobank that has already declared an interest in the cryptocurrency business is Volt, which recently partnered with exchange BTC Markets to offer banking services to BTC Markets' customers.

Comparatively, in the same inquiry Westpac submitted that it has declined or chose to ‘debank’ eight fintechs in the space of a year.

Westpac said these organisations posed too high of a risk due to “a range of reasons”.

“It's a legitimate concern that regulation tends to move at a snail's pace," he said.

"Relative to the rapid pace of financial innovation, that is the fundamental problem.

“The challenge from a policy perspective is to have a fresh look at the regulatory environment to make sure that it's keeping pace, and actually being supportive of financial innovation.”

Healy said cryptocurrency businesses and fintechs are moving faster than the required regulations that banks must follow.

“It does cause concern that there is a part of the financial system that is growing very fast, but it's not subject to regulation, and therefore the concern is that there are risks that could be building up, both in terms of individual entities but more systemically [in terms of] the need to better understand and manage [these]," he said.

Healy added it is vital Australia is “very supportive” of the digital community since “the future and the innovation in the financial system largely going to come from the fintech community.”

Australia is incredibly profitable, said Healy, “but it's one of the most profitable banking systems in the world because it's weak in terms of competition.”

“All of the incentive of the incumbent system is to maintain the status quo whilst obviously publicly toeing the line, so to speak, in terms of being supportive of competition," he said.

“The reality is that we have a system that is heavily concentrated and dominated by powerful players who have an ability, if not to stop, [then] certainly to slow down innovation, and that's not good.”

Healy added “powerful players, particularly privileged players like the banks, [should] not be allowed to frustrate innovation and competition”.

He alleged that acquisitions of fintechs by larger players tended to lead to the fintechs becoming “suffocated, stifled, and ultimately killed by bureaucracy”.

“I can't think of any example … where a small, agile innovator, that suddenly [was] acquired by a large company goes on to prosper," he said.

“There is a real opportunity, specifically in the context of the financial services sector, to have a pro-competition approach that stops smaller startup innovators being subject to the acquisition by a large incumbents.”