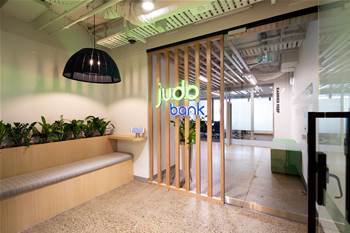 Frazier takes over from co-founder and chief finance officer Chris Bayliss, who took on the COO role as an interim position.

A spokesperson told iTnews that Frazier was appointed after "it became obvious" that Bayliss would need to relinquish the role due to the growing demands on the bank.

“Lisa has a strong digital, AI and technology background, which is a perfect fit for Judo’s growth plans," the spokesperson said.

“Judo was built in the cloud, and now as it continues to grow and further develop products and services, technology remains a key enabler of this strategy and growth.

The bank added on LinkedIn Frazier’s “impressive mix of experience and track record of success in the US and in Australia” will help further support Judo Bank customers.

Before this, she held senior positions at Australian online foreign exchange and payments company OFX and as an advisory board member at US investment fintech Jacobi.

Frazier has also worked in numerous other senior roles across financial services, media, telecoms, technology and energy in the US and Australia during her career.

Frazier said she was “excited to be part of Judo Bank and the startup community down under”.