IT contractors now cost the Commonwealth $1bn a year 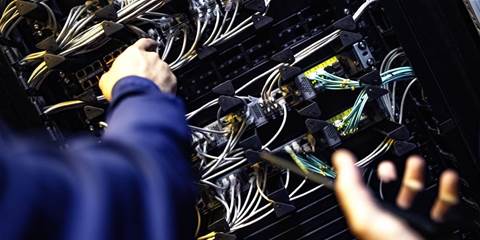 The federal government’s outlay on IT contractors likely surpassed $1 billion last year, with new data revealing some agencies have more than doubled their spending on external tech labour since 2014-15.

Around 35 – or a third – of the Commonwealth's non-corporate and corporate agencies have disclosed their latest expenditure on IT contractors in answers to question on notice from recent budget estimates.

The result is one of the most comprehensive snapshots of IT outsourcing in the Australian Public Service since the government’s annual IT expenditure benchmark report was scrapped in 2017.

The government has come under fire in recent years for its increasing reliance on contractors and consultants for both short and long-term work, while simultaneously cutting the number of permanent APS jobs.

Less than two years ago, a parliamentary probe into contract reporting raised serious concerns with the excessive use of IT contractors across the APS, but did not result in any formal recommendations as the inquiry lapsed at the close of the last parliament in April.

But the 2018-19 figure - which represents a $226 million year-on-year increase - does not include spending at two-thirds of Commonwealth agencies, including service delivery juggernauts, Services Australia and the Australian Taxation Office.

IT contractor cost at both these agencies have grown significantly in recent years, with costs at the former Department of Human Services averaging around $80 million between 2015-16 and 2016-17.

When taking into account the remaining agencies, IT contractor cost were almost certainly above $1 billion across the Commonwealth last year.

iTnews analysis also reveals that several major agencies, including the Department of Home Affairs and Department of Health have doubled their IT contractor spending since 2014-15.

Other agencies like the Department of Education and Bureau of Meteorology have similarly seen their IT contractor costs climb sixfold during the same period.

More than half of all agencies that provided data were found to be spending more on IT contractors in 2018-19 than in 2017-18.

According to the latest data, the Department of Home Affairs continues to have some of highest IT contractor costs of any federal government agency.

While the department's heavy reliance on external tech labour has long been known, its spending on IT contractors jumped to $221 million last financial year.

It goes some way to explaining the department’s decision to cut loose hundreds of contractors working in its IT division in 2018.

For comparison, the Department of Defence – another department known for its appetite when it comes to IT outsourcing – spent $187 million on IT contractor last financial year.

The Australian Federal Police, Australian Criminal Intelligence Commission and AUSTRAC – which all sit within the Home Affairs portfolio, but reported IT contractor expenditure separately – also spent $34.2 million, $13.3 million and $8 million in 2018-19, respectively.

Of the three agencies, only the AFP has spent more than $100 million on IT contractors over the past five years ($109.4 million), while AUSTRAC has spent around half of that ($52.5 million).

ACIC has spent a total of $24.7 million since it was forged from CrimTrac and the Australian Crime Commission in July 2016.

Another agency that has seen its IT contractor costs more than double – albeit over a shorter timeframe – is the Department of Health.

After averaging just over $30 million on IT contractors annually between 2014-15 and 2017-18, the department's spending soared to $60.7 million last financial year.

This figure takes into account the Therapeutic Goods Administration, the National Industrial Chemical Notification and Assessment Scheme and the Office of the Gene Technology Regulator.

It comes as the 30-year-old Medicare payments system, which is operated by Services Australia, continue to require requires “remediation and essential maintenance”.

Another agency of note is the Australian Electoral Commission (AEC), which spent $10.5 million on IT contractors in 2018-19, up from $5.5 million in 2017-18. It is preparing to embark on a once-in-a-generation overhaul of the country’s electoral systems.

While IT contractor costs are on the rise at Health, Education and the AEC, the Department of Social Services experienced the opposite last financial year.

The department spent a relatively meek $44 million on external tech labour in 2018-19, down from $79 million the year before.

This figure excludes IT contractor spending at Services Australia, which was yet to answer the question from senate estimates at the time of publication.

Australia Post has similarly cut its IT contractor spending in recent years, paying just under $65 million in 2018-19r. This is significantly lower than its peak of $99.5 million in 2014-15.

The Bureau of Meteorology’s IT contractor costs dropped slightly last year ($31.5 million), though it is still paying almost six times more than it was four years ago ($5.1 million).

Much of the spending in recent year is likely related to the bureau’s wider ‘robust’ IT refresh project, which is hardening BoM’s operating environment in response to a cyber intrusion in 2015.

The Department of Veterans Affairs, another agency undergoing a major transformation program, has also seen its spending on IT contractors fall from between $20.84 million and 22.67 million in 2016-17 and 2017-18 to just $5.22 million last year.

A number of agencies that were asked to detail their IT contractor spending over the last five years blamed immature financial management systems for their inability to provide a response.

IT heavyweights, including the Digital Transformation Agency, Australian Digital Health Agency and Australian Signals Directorate, fell into this category.