How much IT contractors are costing the Commonwealth 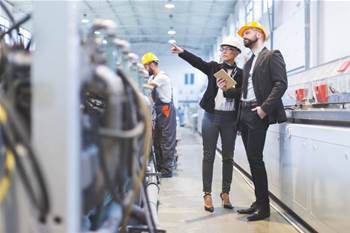 A handful of the federal government’s largest agencies have shed light on their appetite for IT contractors, giving new clarity to the state of IT outsourcing in the Australian public sector.

Spending on IT contractors and labour hire by agencies – both procured directly and those engaged through third parties – has been disclosed in submissions to an ongoing parliamentary probe into contract reporting.

The data is not however uniform - a number of agencies have detailed their IT contractor costs where they fall into the top three categories of spending, while others have provided a limited breakdown or none at all.

iTnews has combined the categories of ‘IT contractor services’ and ‘computer services’ where available, as well as variations on the two, to work out an agency's total IT expenditure.

Spending on hardware and software maintenance and support, as well as data services, has been excluded from the analysis.

Figures provided by the Department of Immigration and Border Protection – predecessor to the newly-formed Department of Home Affairs – put it at the front of the pack, with in excess of $120 million spent on IT contractors in each of the last five years.

However the department revealed that its IT contractor costs may well have been higher before 2015-16 due to the differing methods of categorisation by Immigration and the former Customs agency (ACBPS).

“ACBPS reported these as temporary personnel services whereas [Immigration] has and continues to report these against computer services,” the department said.

But some of the biggest growth in the use of IT contractors over the last five years has occurred at the Department of Health, where spending more than doubled from $32.4 million to $88.8 million annually.

The department put the increase down to “support for digital mental health and aged care gateways, and business improvement initiatives”.

The Department of Human Services has also seen a significant uptick in IT contractor spending, despite having one of the largest government in-house IT shops to draw from.

Other agencies of note are the Department of Premier and Cabinet, which climbed from almost $3 million to close to $22 million annually over the last five years, and the Department of Industry, Innovation and Science, which jumped from spending well under $100,000 five years ago to $17.4 million last year.

No more reporting on outsourcing

The breakdown of contractor spending is the first real account of agency IT outsourcing in over a year, after the Digital Transformation Agency decided to scrap a federal government reporting mechanism.

Spending on outsourcing was previously reported on an annual basis by the Department of Finance as part of its benchmarking work on overall government IT spending.

But when the DTA took over Finance’s policy and procurement function last year, these measures changed - leaving no public visibility of the IT outsourcing occurring.

The last IT expenditure benchmark report to be released - for the 2015-16 financial year - revealed that outsourced services had grown to account for 28 percent of all government IT spending.

The increase came despite a recommendation from the 2008 Gershon report [pdf] that the number of IT contractors be reduced by 50 percent over a two-year period to save an estimated $100 million and increase internal IT capability.

The federal government has come under increased pressure in recent weeks to limit the use of contractors and consultancies as part of an ongoing inquiry into contract reporting.

The probe follows an audit of the last five years' worth of records on the Commonwealth procurement site AusTender by the Australian National Audit Office, which found that just under $36 billion was spent on IT, telco, engineering and research, and technology services between 2012-13 and 2016-17.

Both the Community and Public Services Union and the Australian Council of Trade Unions have urged the government to reduce its reliance on external vendors and contractors for IT, and invest in staff and systems to support digital government service delivery instead.

They have criticised staffing caps that they say have hamstrung government’s ability to perform its work, forcing it instead to fork out for consultants and thereby reducing internal IT capability.

“Since 2011-12, there has been a significant shift away from permanent APS staff and towards the use of contractors,” he said.

Contractors are also vastly more expensive than APS employees on average; an internal IT employee costs around $132,000 while an average contractor comes in at $214,000.

The CPSU wants the government to place a cap on agency expenditure on consultants and contractors and reinvest the savings on internal IT teams [pdf].

The government's IT procurement taskforce also last year recommended a similar “whole-of-government cap on internal and external ICT spending, with a target to reduce total annual ICT spending by 10 percent over the next four years”.

The sentiment is shared by the former CEO of the Digital Transformation Agency, Paul Shetler.

“Outsourcing makes the government seem smaller, but it is expensive and it contributes further to de-skilling the public service,” he told an inquiry hearing last month.

“I strongly support the CPSU’s proposal to put a spending cap on contractors and consultants and to use those savings to raise the ASL cap and provide further training to public servants.”

The government has broadly accepted the recommendation, but has chosen to initially focus on capping IT contracts at $100 million or three years’ duration.

However, Finance minister Mathias Cormann last month rejected the need for a cap on external workforce spending and consultancy contacts.