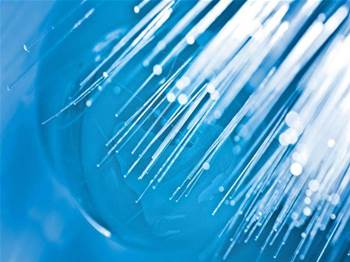 Details to be released within a fortnight.

NBN Co will release details about planned locations for its 200 points of interconnect within a fortnight to satisfy calls from a number of major telcos and ISPs.

Snippets of industry submissions published today [PDF] revealed that while there was general support for NBN Co's strategy to locate the POIs in areas with contestable backhaul, most wanted transparency and more specifics about the planned locations.

"Because of the importance of this issue and the recent history relating to the potentially contentious matter of the assessment of competitive backhaul options, AAPT strongly urges NBN Co to publish a list of preferred or draft POI locations as soon as practicably possible and to allow the industry to comment on that list and make submission on whether the sites are suitable," AAPT said.

"This issue is too important to get wrong and the best way to avoid making mistakes is to have an open and transparent consideration of the appropriate location for the POIs."

A number of carriers presented definitions of what might be considered "contestable backhaul".

Macquarie Telecom believed at least one ‘independent' backhaul provider was needed at each POI; AAPT and Primus wanted at least three backhaul options, which appeared to be in line with numbers favoured by NBN Co.

Optus wanted contestable backhaul to be "available in a fully redundant configuration".

And ISP iiNet believed "the criteria for backhaul to be deemed contestable should include: A minimum of three providers; Dark fibre, WDM or EoSDH delivery; Pricing comparable to metropolitan backhaul."

All food for thought for NBN Co, which will now release a discussion paper on the issue.

"The spectrum of responses on this issue reflects the breadth of choice open to NBN Co and the nature of the trade-offs which need to be made in finalising POI locations and policies," NBN Co said.

"NBN Co will release these details within the next fortnight," a spokesman said.

Exactly what the optical network terminal (ONT) for each house in Australia should look like and what it should and shouldn't come with was also left open.

NBN Co said it was yet to decide whether the ONT should be placed inside or outside although it planned to test "a number of devices and configurations as part of the first release rollout" of the network.

It also suggested there was general consensus for battery backup of ONTs to be optional rather than mandated.

"It was also acknowledged that it will be critical to set end user's expectations of service behaviour during a power outage," NBN Co said.

There was also considerable debate over plans to integrate an analogue phone adapter (ATA) into the ONT to support legacy voice services.

"The incorporation of an ATA within the ONT will increase the cost (both upfront capex and ongoing operational support) to NBN Co and will require NBN Co to publish and maintain a detailed description of the ATA functionality and interface standards," Optus said.

Symbio Networks was against the integration: "Symbio is of the strong view that the provision of so called legacy voice by means of integrating an ATA with ONT is totally inconsistent with the minimalist approach publicised widely by NBN Co," it said.

NBN Co was of the view that ATA functionality would be included within the ONT device. It would be used to ease migration of retail service providers and users from existing copper services.

"NBN Co accepts the majority view that voice provided by an ATA is a migration tool and should not be seen as the long-term voice solution," it said.

"[We] would expect voice traffic to be carried via modern voice solutions, notably VOIP, over time."

ATAs are not the only feature being debated for inclusion with the ONT. Utility Energy Australia yesterday said it wanted smart meters to also be installed at the same time as the ONT is rolled out.