Is the legacy of shared services holding WA back? 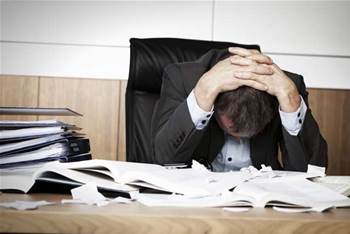 Western Australian Auditor-General Colin Murphy has told iTnews he thinks that bruises left by the state’s failed shared services scheme could be the source of apprehension about a central IT authority in the government.

Last week the WA Premier Colin Barnett was challenged by the opposition in Parliament about the state’s lack of a central IT strategy and accused of making staff cuts to the Department of Commerce’s digital economy unit.

The debate was followed by a report issued by Murphy’s office uncovering failing standards of IT management in some areas of the public sector, and at least one project on a steady path to failure.

“For six years Colin Barnett has done nothing but ignore the future economic development of our state.”

“There is so much money to be saved and gained through implementing a thought-out ICT strategy not only through increased efficiencies within the public sector but also by facilitating tech innovation state wide,” she said.

But Murphy told iTnews that the public service has yet to forget what happened the last time that WA experimented with centralised IT control, as it still picks up the pieces of its dumped shared services scheme.

“There is a general recognition across WA that we don’t have a great history of success when it comes to central control of IT, and here I’d refer back to the state’s experience with shared services,” he said. “I think that people are understandably cautious about a central approach.”

He also attributed a lack of focus on forward-thinking IT initiatives within agencies to the turbulence that the transition into the state’s central Oracle ERP platform and its subsequent decommissioning has caused.

“Where a lot of effort was put into rolling out shared services and a whole lot of focus was subsequently put into the decommissioning, there is not a much time left to offer attention to sustained improvement.”

One of the areas of improvement that the Auditor identified in particular was information security.

For the past six or so years his office has been comparing the compliance of WA agencies with international security benchmarks, to see if the scrutiny would work as an incentive for them to improve their game.

“It is a question that led us to conduct the same assessments year-on-year. The first two years showed some improvements, so we thought ‘great this is working’. But the next year saw a decline. We have not been able to establish a clear pattern since.”

Murphy would not be drawn on his personal views on whether a central IT strategy overseen by a single unit of IT champions would benefit the state, saying it was not his role to make policy judgements.

But Gartner’s peak government IT analyst in Australia, Glenn Archer, said he can’t imagine how a modern corporate enterprise – government included – could effectively operate without a central strategic lead.

“It is hard to imagine any large corporate enterprise that doesn’t see IT as sitting at the core of how it functions internally or delivers services to its customers or citizens,” he said.

“I think the same perspective could be applied to government. Having a central policy agency or a central operational agency that takes an interest in the broad use and application of IT and how to maximise the services that are delivered is a critically important need. And I think that not having that is likely to compromise the interests of good service delivery more broadly.”

Without or without central government control, Murphy made it clear that the absence of a set of IT rules should not let agencies off the hook.

“The message we are trying to send to agencies is that agencies need to give a bit more attention to their information systems. I understand that they have a lot of competing priorities right now, but IT really needs to have a place in the mix.

“The lack of a mandated approach to IT doesn’t mean that agencies don’t have to follow the best practices that they can,” he said.