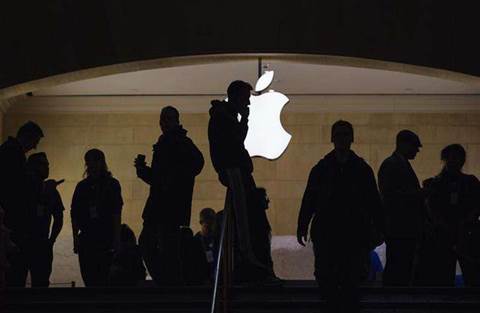 The European Union has accused Ireland of bypassing international tax rules in order to let Apple shelter profits worth tens of billions of dollars from revenue collectors and maintain onshore jobs.

European Competition Commissioner Joaquin Almunia told the Dublin government in a letter published on Tuesday that tax deals agreed in 1991 and 2007 amounted to state aid and may have broken EU laws.

"The Commission is of the opinion that through those rulings the Irish authorities confer an advantage on Apple," Almunia wrote in the letter, which was dated June 11.

Apple said it had received no selective treatment.

"We're subject to the same tax laws as the countless other companies who do business in Ireland," a spokesman said.

An Irish government spokesman referred to previous statements saying it followed EU rules. When publication of the letter was flagged on Monday the Irish finance department said it was confident it had not breached state aid rules and had responded to the Commission to address "concerns and misunderstandings".

The Commission said the tax rulings were "reverse engineered" to ensure that Apple had a minimal Irish bill, adding that minutes from meetings involving Irish officials showed that the Irish tax authority did not even attempt to apply international tax rules in its deals with Apple.

Instead, the company's tax treatment had been "motivated by employment considerations", the Commission said, citing the minutes of meetings between Apple representatives and Irish tax officials.

An Apple spokesman referred to previous statements where the company denied seeking any "quid pro quo" from Dublin.

The company employs 4000 people at a manufacturing plant in Cork, south-west Ireland, its only such facility outside of the United States.

Apple, along with other multinationals, has found its international arrangements scrutinised in recent years as corporate tax avoidance rose to the top of the political agenda in the United States and Europe.

Widespread profit shifting by tech giants was referred to by Britain's finance minister George Osborne on Monday as one of the problems his government would create new measures to tackle, and the G20 group of leading economies has also asked the OECD to review international tax rules.

The EU is also investigating tax deals between coffee chain Starbucks and the Netherlands and Luxembourg tax rulings received by a subsidiary of automotive group Fiat.

Apple licenses the right to exploit Apple intellectual property in Europe, Africa and Asia to two Irish-registered subsidiaries that are not registered for tax in any country at all, a US Senate investigation revealed last year.

A series of inter-company agreements with contract manufacturers and other Apple distribution companies ensures that tens of billions of dollars of profits flow into Apple Operations Europe (AOE) and Apple Sales International (ASI), the Senate probe found.

Those arrangements save Apple - the world's most valuable corporation - billions of dollars in tax each year, analysts said.

Under EU rules, if the Commission's suspicion that the tax treatment amounted to illegal state aid is proven, the company could be forced to pay that money back to the Irish government.

Even if the EU deemed an additional 10 percentage points in tax should have been charged by Ireland on all that money, the consequent hit of around US$10 billion would scarcely dent Apple's US$111 billion offshore cash pile.

But any outcome is highly uncertain and potentially distant.

The EU can take as much as five years to decide on state aid cases and Ireland could challenge any ruling in the European Court of Justice.

Some experts think the most likely outcome is that Ireland would simply be forced to be less accommodating with multinationals in future.

That could limit its ability to attract international investment, although the country hopes this could be balanced by planned OECD tax changes that may handicap low tax competitors, like Singapore and Switzerland, Killian said.

The Commission also criticised the fact that Apple and Ireland's 1991 tax agreement had already lasted 16 years - far longer than the five year limit that many other EU countries apply when issuing rulings about how transactions should be treated for tax purposes.

One function of that tax agreement was that while revenues from the sale of Apple's hot products like the iPad soared, the group's taxable profit in Ireland did not.

An unnamed tax advisor to Apple "confessed that there was no scientific basis for the figure" that Apple would declare as its Irish taxable income, the Commission noted, from minutes of meetings between Irish tax authority officials and the advisor.

The minutes of another meeting say that a tax advisor for the company stated it was his view that Apple was deliberately shifting profits into the lightly taxed Irish operation.