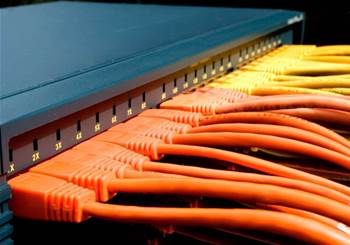 The head of North America’s regional internet numbering authority has sent a global warning to ISPs that their IPv4 infrastructure will be redundant within five years.

Curran said CGNAT would have serious limitations for many ISPs’ customers and that switching to IPv6 was rapidly becoming a “competitive issue”.

“If you want to be an ISP and you want to have your infrastructure last more than five years, you're already deploying IPv6. If you're not, you'll probably have some interesting explaining to do to your investors,” Curran said.

Curran conceded that many ISPs would ease their transition by using CGNAT. However, he warned that with many internet businesses relying on accurate location data about consumers CGNAT could quickly prove to be a liability.

Curran’s warning coincided with the imminent depletion of ARIN’s remaining blocks of IPv4 address space which has dwindled to around 5 million IP addresses. It was not expected to last longer than “a few months”, Curran said.

The depletion of the ARIN address space meant that ISPs would no longer be able to apply for IP addresses to connect new devices. Unlike other regional registries, ARIN has not reserved special blocks to ease the transitions.

The IPv6 addressing system was created to overcome limitations to IPv4 which tops out at around 4 billion unique addresses – IPv6 can create a theoretically inexhaustible supply of addresses at 3.4 by 10 to the 38th power, but it is not interoperable with the older IPv4 protocol.

The regional internet registry for Asia Pacific, APNIC, ran out of all but a small allocation of its addresses reserved for special purposes two years ago.

However, IPv6 adoption among Australian carriers is less mature than among those in the US where major carriers like AT&T and Verizon have moved quickly to adopt it.

The likes of Google and Facebook have also invested in IPv6 pushing traffic on the new addressing standard which represents up to 15 percent of all traffic in the US.

APNIC last week told iTnews that it expected the depletion of the ARIN IPv4 address space to accelerate private trade in the IPv4 block which typically sell for between $8 and $12.

One exchange operator admitted that prices can go as high as $17 per address.

“If a company needs more addresses they will have two options - accelerate their shift to IPv6, or turn to the transfer market to buy addresses from those who have them to sell.

"With current market prices roughly between $8 to $12 per IPv4 address, going to the market could be expensive for some and rewarding for others," an APNIC spokesperson said.

“While transfer activity like this is expected as market forces begin to exert themselves, the bottom line is still this - everyone needs to move to IPv6 as it is the only long term solution. But while that shift happens, this year promises to see the IPv4 transfer market heat up a lot."