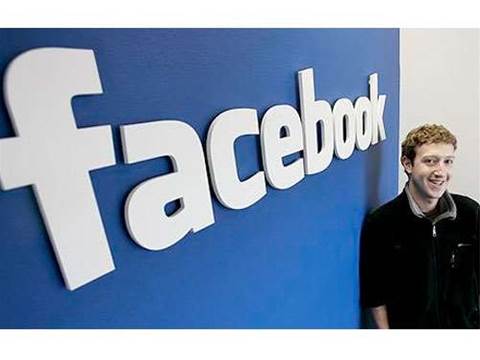 As it prepares for one of the biggest initial public offerings (IPO) ever, Facebook is coming under the same fierce attacks being waged against other big technology companies: patent lawsuits.

Last year, Facebook was named as a defendant in 22 lawsuits accusing it of patent infringement, double the number from 2010, according to a Reuters analysis of court documents on legal database Westlaw, a Thomson Reuters unit.

Among the lawsuits is one alleging Facebook violated a patent that covers the core ability to transmit messages to large networks of users. Facebook said in a court filing earlier this month that it will seek to dismiss that lawsuit.

Previously, the bulk of legal challenges brought by patent holders against tech companies has focused on markets like smartphones, with defendants including Apple and Microsoft.

The attacks against Facebook signal that social media has become a new front in the Silicon Valley patent wars.

The company's adversaries include a former lawyer at Kirkland & Ellis, one of the biggest U.S. law firms, whose new firm filed the lawsuit over how Facebook transmits messages.

Facebook faces more patent cases than any of those other companies.

Facebook is expected imminently to announce its intention to hold an initial public offering of its stock, in what could be one of the biggest U.S. market debuts ever. The company could be valued at as much as $100 billion.

The IPO climate raises the stakes for companies to demonstrate solid returns and low risks. As companies undertake an IPO, the heightened level of scrutiny from Wall Street makes aggregators think they can more easily wrest a quick settlement from companies, said Colleen Chien, a professor at Santa Clara University School of Law in Silicon Valley.

Companies are most vulnerable to patent challenges when they file their intention to go public with a form S1 with the U.S. Securities and Exchange Commission, said Ron Laurie, a specialist in IP and investment banking.

"You just knew when you filed the S1, the letters would start rolling in," said Laurie, co-founder of Inflexion Point Strategy.

The vast majority of the lawsuits against Internet companies were not filed by business competitors, but rather by aggregators who amass patent portfolios and attempt to wring licenses out of existing companies. The threat of litigation often compels companies to pay licensing fees to use patented technology.

Some of the most well-known aggregators are involved in the lawsuits: another company suing Facebook obtained its patents from Intellectual Ventures, the entity co-founded by former Microsoft executive Nathan Myhrvold.

Overall, patent litigation involving tech companies has exploded over the past two years.

Smartphone manufacturers like Apple and Microsoft are engaged in a fierce legal war against fellow competitors like Motorola Mobility, all the while fielding lawsuits from aggregators. Some patent holders are derided as "patent trolls" by critics, a term the holders say unfairly paints them as villains for helping inventors make money.

Apple was sued over patents 76 times in 2011, up from 56 in 2010, according to the data available on Westlaw. Microsoft, meanwhile, faced more than double the number of patent lawsuits in 2011.

While Internet companies face relatively smaller numbers of patent lawsuits, the rate of increase for fast-growing sites has been steep.

Groupon declined to comment on patent litigation, while LinkedIn and Zynga representatives did not respond to interview requests.

Microblogging website Twitter was sued in five patent cases in 2011, up from just one case in 2010, according to court filings on Westlaw's database. A Twitter spokeswoman declined to comment. Stock investors have eagerly been awaiting a Twitter IPO, but the company has repeatedly said that it is in no hurry to go public.

Unlike other industries, in tech there is much more confusion about what the language in software patents covers, said Julie Samuels, a staff attorney at the Electronic Frontier Foundation.

"Folks who want to use those patents offensively can take advantage of that confusion," Samuels said.

But the rising fortunes of newer Internet companies give extra motivation for aggregators to demand licenses, according to one IP lawyer at a social media company.

"By and large the discussions are very divorced from the technical nature of the patent," said the lawyer, who was not authorized to speak publicly. "They tend to be more focused on your financials."

Steve Mallouk, vice president of channel licensing at IV, said in a statement that IV "does not own or operate Pragmatus AV." However, IV declined to discuss the terms of its patent deal with Pragmatus, including whether IV has a stake in the litigation against Facebook and others.

If Pragmatus was hoping for a quick settlement, it hasn't happened yet. The defendants are currently seeking to have the case in a San Francisco federal court put on hold, pending a reexamination of Pragmatus's patents by the U.S. Patent and Trademark Office. A lawyer for Pragmatus did not respond to a request for comment.

Another lawsuit against Facebook was filed last year in a Long Island, New York, federal court by John Desmarais, who gained notice for leaving Kirkland & Ellis to start suing tech companies, armed in part with thousands of patents acquired from Micron.

Beyond these aggregators, no patent wars have broken out between large competitors like Facebook and Google, which moved into social networking with Google+. Facebook has only been a patent plaintiff once - against a Massachusetts media company that had already sued the social networking giant, according to the Reuters review of Westlaw filings.

Still, Samuels doesn't rule out the possibility of a future competitor war among social networking companies.

"All it takes is one party to start the lawsuits rolling," she said.