Investment banks look to IT staff to drive growth 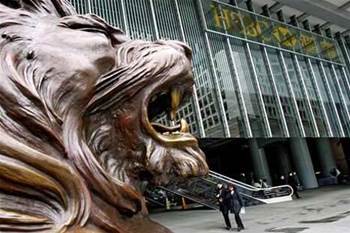 The investment banking industry is heading into a digital revolution that could redraw not only its business model but also the traditional image of its staff.

Stuck with dwindling profits in an era of poor returns and heavy regulation, the likes of Goldman Sachs, JP Morgan Chase and HSBC are battling to hire the best software programmers, systems engineers and data analysts, to help them get ahead via new technology and cost-cutting.

With IT expertise now a must for the boardroom, banks' conservative workplaces are likely to undergo cultural change as they welcome ambitious, differently-minded people.

"Traditionally, banks have been a lot more narrow in their (hiring) focus. Now collectively they have realised the need to be more creative," said Jeffrey Wallis, managing partner at SunGard Consulting Services, specialising in financial firms.

Adopting new technology is an evident strategy for industries in economic distress and investment banks have already spent billions to overhaul systems and cut staffing costs - 60 to 75 percent of equities now trade electronically, according to industry estimates, and that proportion is expected to continue to grow. Tighter regulation post-financial crisis has also prompted banks to overhaul their risk management systems - Goldman Sachs says it can now track and account for 6 million positions each day.

But the latest wave of technology hires has come about because banks are aiming more specifically to grow revenues by developing tailor-made products and mobile applications based on clients' trading patterns. To do that, they need to attract the top quantitative analysts and software developers - which may mean allowing some of them to work in shorts and tee-shirts from Palo Alto, California, rather than in suit and tie from a skyscraper in London's Canary Wharf.

"In the 1980s there was an influx of technology people into financial services. There was a real wave of people and a new age way of thinking came in. That injection of new talent and thinking hasn't really been coming in for a while," said David Boehmer, managing partner of the Americas' financial services division for executive search firm Heidrick & Struggles.

Spending on banking and securities IT is expected to top US$471 billion this year, up 14 percent from 2010, and rise by a fifth again to hit US$563 billion in 2017, Gartner estimates.

McKinsey consultants estimate banks have only cut operating costs by about eight percent since the financial crisis. Their need to overhaul IT systems has been underscored by regular evidence that those systems struggle with the complexity of modern-day trades. JP Morgan, which is close to concluding a four-year overhaul of its platforms, took a US$6 billion hit last year from a scandal that was in part due to flawed valuation systems, while the May 2010 "flash crash" in US stock markets took regulators five months to root out the cause.

IT at the top

Recent appointments suggest that outside technology specialists have gone straight to the top of the industry.

Citigroup is also considering hiring a new director with technology expertise to help keep an eye on how management is doing at simplifying and standardising the thousands of different IT systems it inherited from years of acquisitions. That process is expected to take at least two more years to complete, say people with knowledge of the plan, but it has the potential to add $750 million to annual profits starting in 2015 from improvements in consumer banking alone.

Goldman Sachs has added 6 percent more IT staff since 2009, while cutting elsewhere. That has left it with 8,000 technology employees, making its department bigger than many technology firms, and it works hard to lure professionals away from Silicon Valley with the message that its technology business is key.

"One of the things we strive to do is provide an awareness on campus of the activities that technologists do at the firm. It's not intuitive to think of a bank in that way," said Michael Desmarais, head of recruitment at Goldman.

As part of tempting IT expertise and graduate talent, banks are setting up in more attractive locations. Citi's IT hubs include San Francisco and Israel, JPMorgan has sites in Delaware and in Bournemouth on Britain's south coast, UBS is in Singapore and HSBC's technology centres include Curitiba in Brazil.

Britain's Barclays (BARC.L) last week opened a new technology hub in Dallas, Texas, to recruit IT experts from non-financial backgrounds. It aims to have 700 staff there by the end of next year to build and develop software and systems such as trading platforms for fixed income, and develop digital and mobile platforms for consumer banking.

As part of the shift to more of a Silicon Valley culture, banks may also have to redraw their salary packages.

New graduates can expect to start earning around 45,000 pounds in investment banking jobs in Britain, compared to around 29,000 pounds in IT and telecoms, according to High Fliers research.

But top executives from the technology industry may be more interested in an equity stake than cash, said Boehmer - who gave executives at Davos in January a presentation entitled "Hiring an Oddball."

That's a big cultural change in an industry where job satisfaction has long been closely tied to the annual bonus.

Sungard's Wallis said if banks were on a path from zero to 100 to retool for the impact of technology, they are still only in the 20s.

"We are seeing subtle changes, but we are very much at the beginning of the leap," Boehmer said.