Interview: Why we need more ideas 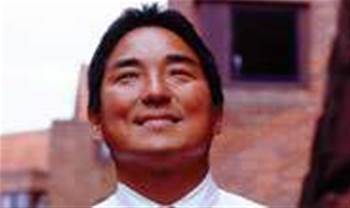 Guy Kawasaki hit the technology headlines in the 1980s, when he acted as a software evangelist at Apple and helped market the original Macintosh. He is now managing director of early-stage investment venture capital (VC) firm Garage Technology Ventures, an industry commentator and author of nine books.

How is the current environment for technology VC investment?

I wouldn’t say it is impossible, but is pretty close to impossible. VCs in the US are trying to raise funds and all the investors are saying: “For the last five years you haven’t delivered, so why should we put more money into this asset class?” On top of that, they have already lost a lot of money in publicly traded assets, so they are hesitant to invest, which then makes it difficult for VCs to invest in anything.

The good news is the main things entrepreneurs need ­ tools, marketing, people and storage, for example ­ are really cheap. I could make the case that tools are pretty much free with open-source technology, and marketing is free through the use of MySpace, Twitter and Facebook. With the recession, people are free, because they are all unemployed. For about US$1,000 ($1,151) you can get a terabyte of storage in the cloud. So the cost of being an entrepreneur now is lower than ever. Zero cost is close and you can do a lot with little money.

The UK government is raising funds for a £1bn ($1.84bn) venture capital vehicle to invest in technology businesses. Will it work?

A fund that size probably takes five-to-seven years to fully deploy. By then you will have a different government and everything will have changed. The recession will have ended and perhaps we will even have another one.

If there are good investment opportunities, the money will appear. The supply of money is not the issue, but the supply of ideas.

If you are an entrepreneur and truly believe in what you are doing, and considering that the tools are free, it is a great time to start a company. But you can also opt to stay and work for the Bank of England, for example, until things have changed . It is all to do with one’s risk aversion.

How do you think the rise of consumer technology and social media in particular will influence enterprise IT?

If I were a chief information officer (CIO), I would look at things like Twitter and Facebook as my greatest nightmares. These things are all about user-generated content and control, a decentralised model and total anarchy, so it takes a very enlightened CIO to embrace these ideas.

Another thing to remember is that CIOs are faced with shrinking budgets, as well as assaults on their systems from the outside world. So given they are in this constant state of attack and underfunded, it is hard to imagine they would wake up in the morning and just decide to use tools such as Twitter.

What are the key technology developments CIOs should have on their radar?

A very progressive CIO would look into social media tools and realise it is clear that people have an expectation to socialise and generate content. And clearly, Twitter has captured people’s minds.

In a company such as BT, for example, with tens of thousands of employees, they could look at this phenomena and maybe come up with an internal, staff-only Twitter as a tool to allow people to communicate effectively.

There are open-source Twitter tools out there that I am advising businesses to use ­ if they want to ring-fence their IT and have a privately labelled communication tool, they have a way of doing that. Forget [things like] Lotus Notes, where you spend millions of dollars.

CIOs seem to be hesitant about the maturity of emerging technologies such as the cloud, as well as the cost of change. Can that be justified?

I understand the concept and even see its inherent advantages but have a hard time believing that. Existing organisations already cut deals with Microsoft to get Office for close to nothing.

If you have 100,000 employees and that number of licences to cover them, then you lay off 20,000, you would have a lot of licences left to use, so I don’t know if that would be the time to switch to Google Apps. The poor CIO who makes that decision then has to cope if Gmail is down for 24 hours.

Outlook or Exchange can also go down, but if you are a CIO would you rather tell the world that it is Microsoft’s fault or that you went to Google and no one can use email?

It is a hell of a difficult decision.

Got a news tip for our journalists? Share it with us anonymously here.
itweek.co.uk @ 2010 Incisive Media
Tags:
capitalfinanceguyideaskawasakimacintoshmoreneedstrategyventurewewhy