Interview: Wadeson opens up on Government IT 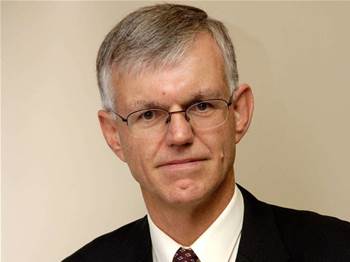 The Australian Government's longest-serving, most influential CIO reveals all on his retirement.

John Wadeson, one of the longest-serving CIOs in the Australian Government, will retire on September 9 after 40 years of public service.

The day he started, Bill McMahon was Australia’s Prime Minister. He’ll finish up just after his 61st birthday, and midway through one of the largest IT challenges an Australian Government agency has ever faced.

This week Wadeson sat down with iTnews for a frank and wide-ranging interview on the role of today’s CIO in an increasingly demanding and centralised Australian Government.

“I’m trying to leave enough time in my life to do a few other things. Forty years I’ve had in the public service,” Wadeson said as he sipped his coffee at the CeBIT conference.

The role of the CIO, he said, is often misunderstood.

“People have no idea that we have to fight every day to make our systems work,” he said, measured, but weary.

“You get to a stage, when you think, it’s time for someone new.

“It’s a good time to go when the next three years is going to be critical to creating this Human Services thing. It’s a good time for someone to come in and make it really theirs.”

The role of the Government CIO

So what makes a good chief information officer?

“The question these days is what makes a good CIO team,” Wadeson says, smiling. “I don’t bring deep technical skills, as anyone will tell you.”

The CIO’s role should be to connect with the business.

“You need to be able to work with the high tech people, work with the business people - and work with the industry,” he said. “They all require slightly different approaches to things, there are many external stakeholders.”

Wadeson considers his greatest achievement as getting the unwieldy welfare beast that is Centrelink online.

“They will still be building it online over the next 20 years,” he commented.

The next challenge is to consolidate the IT systems of Centrelink with other agencies in the Department of Human Services, including Medicare.

The Government hopes that over time, more agencies will share more IT services to drive down costs.

Wadeson said it reflected a strong trend in the 21st century for what he terms “joined up Government delivery”.

“The creation of this new Department of Human Services, with 40,000 employees, will be a part of that,” he said.

“We are just getting everything into modern boxes and putting it in the one centre. We have got some smarts at the front to give whole-of-customer views. But the core processing will remain in the program where it belongs. “

Wadeson said he didn’t sweat the enormity of the task.

The myth of IT project failures

Research reports might regularly highlight the high rate of failures in Government IT projects, but Wadeson has no time for them.

“They are myths perpetuated by others,” he comments.

Some IT projects may have troubled times or not achieve what they were set out to do. But that’s often a good thing in Wadeson’s book.

Often, organisations only realise halfway through a project that the scope could be narrowed when features aren’t required, he said.

People have a habit of confusing the change processes associated with moving to any new technology with failure.

“They are different things all together,” he said. “You have to take a longer term view. The fact that Government chose to put a lot of money into bringing those agencies together under Human Services indicates that they have confidence that we can do this.”

It’s going to work, he said, because it’s eminently doable.

He believes his effectiveness as CIO comes from convincing key stakeholders that his team can do what’s required.

Wadeson’s ability to marshal and resource his agency’s data requirements encouraged other agencies to seek partnerships with Centrelink.

One result was Centrelink’s decision to take on the enterprise workloads of the Department of Veteran’s Affairs.

Since then, Wadeson said he has been approached by four other agencies for similar shared service arrangements. He declined to nominate them as discussions are ongoing.

These four agencies either sought assistance in looking after their equipment and rack space or required support for their growing mainframe requirements.

Wadeson sees virtualisation as the path to consolidation.

“That’s the game-breaker,” he said.

“People have said that’s always been possible but tried it before and it did not work. But with virtualisation you can actually make this stuff work now.”

“You ought to see the little slot we have for DVA (Veterans Affairs),” he said. “They’ll have enough power ‘til hell freezes over. Why would they not go for something like that?”

He anticipates more interest arising from the Government-wide move to offer everything on the web.

“That takes them into 24 x 7. You cannot run 24 x7 on a shoestring.  It’s much more complex technically to manage. They can see themselves going broke if they keep that going.”

But with his retirement date closing in, he is becoming more relaxed than most public servants when it comes to describing centralised IT initiatives that don’t fit the big agencies’ needs.

He was a quiet but consistent critic of the Gershon cost-cutting drive that swept through the Government in the years leading up to 2011.

One of the highlights of Wadeson’s appearance at the CeBIT conference was his gritted teeth shape-shifting into a genial smile when asked about the Gershon reforms.

“What do you want me to say?” when pressed on the subject.

“Someone comes into your organisation. They travel around and they announce a 15 percent cut that is supposedly in your best interest. You are not going to love them, are you?

“I’ve never heard of anyone being sacked for body language,” he adds with a smile.

Gershon was a tough time tough time for everybody, he recalls. Wadeson said that many of the savings arose through telecommunications – an area that was not even part of Centrelink’s budget at the time.

He noted that the cost-cutting scheme had the combined support of both of the main parties at the time.

Public servants know that such a situation doesn’t lend itself to vocal protest.

“So what’s the good of cutting your throat?,” he laughs.

The Government is trying to take the IT industry more seriously now, he added.

Read on for Wadeson's views on AGIMO and cloud computing...