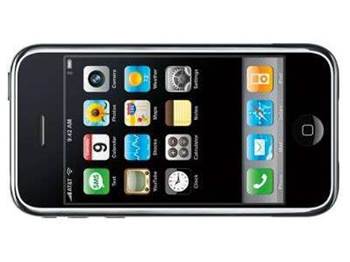 Other fixed ISPs contacted by iTnews revealed more modest increases in Akamai server traffic on their networks, while mobile carriers reported "nothing significant" in traffic volumes.

Akamai is a network of servers spread across the globe that makes downloading content from international sources faster.

"Traffic was about 25 percent higher than usual. In fact, according to the graphs I'm looking at, it was our biggest Akamai day ever," Newton said.

Newton said such spikes were "usually pretty easy to correlate with external events".

"I can't think of anything else notable that happened [Tuesday other than iPhone OS4] that'd cause a traffic spike," he said.

Perth ISP iiNet reported "about a 15 percent increase" in Akamai server traffic on Tuesday compared to the previous day.

"It was up about 1 Gbps," iiNet chief technology officer Greg Bader said.

Exetel reported a "slight" increase in Akamai traffic on Tuesday but no spike.

And spokespeople for Telstra and Optus saw no major increase in traffic across their respective networks on Tuesday.

Among 100 new features, it makes selected Apple devices capable of multi-tasking for the first time.

ISPs have previously benefitted from the public release of operating systems.

Microsoft's launch of Windows 7 release candidate saw Akamai server traffic spikes of up to 50 percent on some service provider networks.