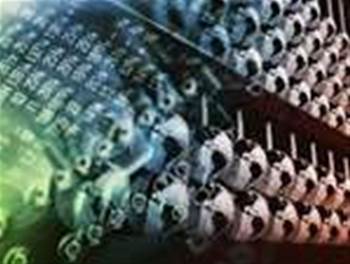 ISP Internode has flagged another round of "substantial" broadband plan revisions to counter the "terabyte" plans announced by competitors last week.

Managing director Simon Hackett posted in the Whirlpool broadband forums today that Internode was "waiting on some answers to important and relevant questions from various suppliers over the next few weeks, before we can fully determine and release our next plan revisions.

"Despite having only just revised its plans a few weeks ago, Internode will indeed respond commercially to various significant changes in the marketplace since then," Hackett said.

"Our response will be substantial, and the changes concerned will be significant ones."

ISPs have faced a very price-competitive couple of months.

Telstra's aggressive retail pricing - particularly its $49.95 50GB plan and $89.95 200 GB offer - saw ISPs including iiNet and Internode launch aggressive offers of their own to compete and stem a potential exodus of customers to Telstra.

iiNet was the latest to exert downward price pressure on the industry by launching a terabyte broadband plan available both on its own and Telstra's DSLAMs.

iPrimus and TPG countered with terabyte plans of their own, but these were limited to a smaller number of exchanges.

The availability of the iiNet terabyte plans on resold Telstra ports was putting further downward pressure on prices in the sector.

Hackett's response today came after five days and 31 pages of speculation from users over whether an Internode response to the iiNet plan would be forthcoming or not.

Telstra could also find itself under pressure from iiNet's offers, given its availability on Telstra ports and chief David Thodey's recent commitment to compete "fairly but very aggressively" to stem the tide of customers shifting to services offered by rival ISPs.

A spokesman for Telstra said only that the market incumbent was "constantly monitoring and reviewing the market and assessing our offerings".

An Optus representative appeared to rule out an immediate response to the terabyte offers, either on its ADSL or recently-upgraded cable network.

"I can definitely confirm that we are not launching new broadband plans at the moment," the representative said in a Whirlpool post to a similarly speculative thread.