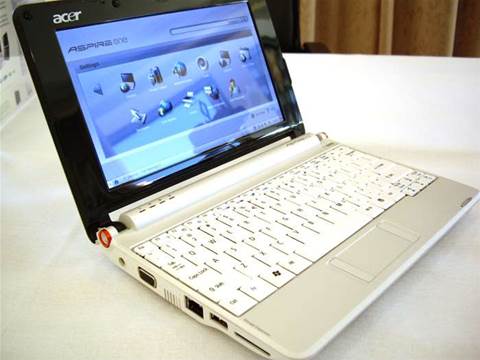 Most laptops sold today come with either a Linux-flavoured operating system (OS) or, for those prepared to splash out some extra cash for Bill's retirement fund, Windows XP. But with Windows 7 on the way, Intel is proving a little impatient waiting for XP to fizzle out gracefully, and is coming out with its own Linux based OS - Moblin.

Sounding more like a creature from Lord of The Rings than an OS, Moblin has neared the end of its first quest, reaching alpha release this week.

Intel is now reaching out to adventurous hobbits with Intel CPUs capable of running SSE3 who want to download the free alpha version and test it out.

Just some of the features Intel is interested in hearing user feedback on are the core Linux O/S itself, boot process, inter-process, and package interactions as well as the new 'Fastboot' feature.

The chip giant is also encouraging users to have a fiddle with its new and unfortunately named ConnMan connectivity manager, Moblin Image Creator (MIC2), Xserver 1.6 (with DRI2) and Moblin Core Components including Clutter and all other UI development tools.

Brave downloaders be warned, though, the UI is apparently still undergoing some heavy duty development and, yes, 3D performance is known to be slow.

Intel reckons it has already tested Moblin Alpha 2 on a plethora of notebooks including the Acer Aspire One, Dell Mini 9 and the Asus Eee 901. Now it's your turn.

Got a news tip for our journalists? Share it with us anonymously here.
theinquirer.net (c) 2010 Incisive Media
Tags:
alpha debut for intels makes netbooks os software