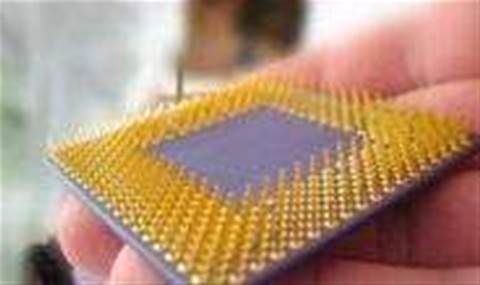 Intel has said it is prepared for an economic downturn and will not halt development of new processors.

The uncertain economic climate would not harm spending on new technology, such as the forthcoming 32 nanometre line of chips, said Paul Otellini, Intel’s chief executive in a press conference around the company’s third quarter earnings.

The bulk of the costs of shifting to the new 32 nanometre manufacturing process would come in the first half of next year but there were no plans to cut funding.

“This is not a dot com style downturn,” said Otellini.

“That was principally people selling computers cheaply on eBay from companies that melted down. Here emerging markets make a difference, as the cost of computing has come down there based on growing income levels. Technology will probably do well from a downturn, because we sell the tools of productivity.”

He said that he expected the corporate side of the market to be soft as businesses restricted spending on systems and cut back, although the Asia/Pacific region wasn’t suffering. Consumer spending was expected to be light but continued interest in notebooks and remained strong.

Overall Otellini said that the company was in good shape to weather any financial downturn. The company had 20,000 staff less than its peak in 2006 and has cash reserves of over US$12bn and very little debt.

The company reported that it had had another record quarter, pulling in revenues of $10.2bn with an operating income of US$3.1bn. However the company made its widest ever range of revenue forecasts for the fourth quarter, between US$10.1 and US$10.9bn, reflecting the uncertainty about global markets.

“The range of revenues is broader than we’ve ever given you before,” said chief executive Paul Otellini.

“That covers all possible situations within the market.”

Overall mobile revenues accounted for 45 per cent of revenues for the company, with strong demand for the range of processors. In the third quarter demand had outstripped supply he said but Intel would be able to meet demand by the end of the fourth quarter.

He also commented on AMD’s restructuring, saying that it didn’t change the fundamentals of the business.

“From my perspective nothing has changed,” he said.

“You still have someone having to build the capital and build products and sell them to someone else. The food chain hasn’t changed; there’s just one more person in the chain looking for a profit.”
Got a news tip for our journalists? Share it with us anonymously here.
Copyright ©v3.co.uk
Tags:
company downturn hardware quarter revenues