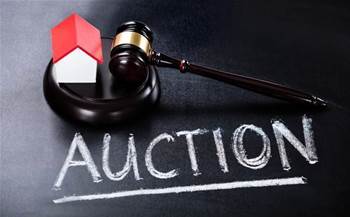 5.0 GHz desktop chip will be in short supply, so Intel’s letting the market set the price.

Intel will run an auction to find channel buyers for a forthcoming CPU.

The chip is designed for desktop computers and Intel told iTnews it’s “specifically for the financial services industry because of specific customer requirements.”

“Because the Intel Core i9-9990XE was built with unique specifications and high frequency to meet the workload needs of this targeted industry, it can only be produced in limited quantities and will not be broadly made available,” Intel said.

“The part will be offered through an auction to ensure fairness in supply distribution.”

iTnews understands the scarcity of the product may be attributable to it being either individual units of Intel’s i9-9940X chip that tested as being capable of reliable operation at been accelerated to higher speeds, or a tweak to that product that enables it to run faster.

The auction will only be open to a handful of system integrators, who will then build the CPU into systems for their end-user clients. iTnews understands the CPU will be auctioned once a quarter.

Such prices won't be a massive deterrent to financial services customers, for whom a few thousand dollars can be well and truly worth it if a CPU improves the productivity of an actuary or analyst.

Got a news tip for our journalists? Share it with us anonymously here.
Copyright © CRN Australia. All rights reserved.
Tags:
auctioncore i99990xecpushardwareintel