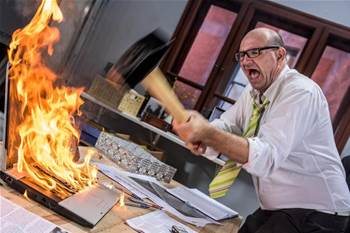 Intel says it has identified the reason why computers based on its Broadwell and Haswell platforms reboot and become unstable after applying microcode patches to address the Meltdown/Spectre vulnerability.

Users reported higher than usual numbers of rebooting and instability soon after Intel and its equipment manufacturer partners released the security patches, which provide new firmware for Intel processors.

A new version of the Meltdown/Spectre patches has been developed and is currently in testing, Intel said.

It did not detail the bug in the code that caused the issues.

The company said the patches will be available after testing is completed.

Navin Shenoy, Intel's vice president of data centres, apologised for the the disruption and advised all users to stop applying the current patches.

Dell, HP, Lenovo, and Red Hat are advising their customers not to install the Spectre BIOS updates.

"They do literally insane things. They do things that do not make sense," he said of the patches in a post on the Linux kernel mailing list.

"And I really don't want to see these garbage patches just mindlessly sent around."

Torvalds said he had delayed the release of the final version of Linux 4.15 as a result of the 'Meltdown and Spectre hoopla'. Instead he is releasing release candidate nine.

"I really expect no more delays after this," he said.

"We've had rc9's before, but they have been pretty rare (the last one was 3.1-rc9 back in 2011 - that release went all the way to rc10, and I really don't think we'll do that this time _despite_ all the CPU bug mitigation craziness)."