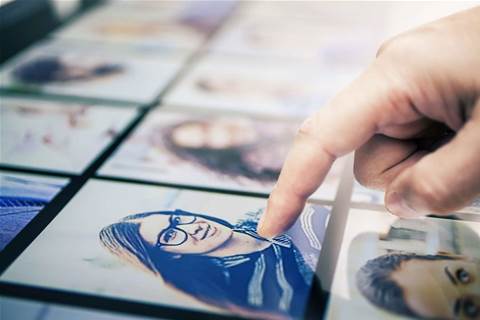 If you build it, they may or may not come.

Anecdotal reports may suggest that mobile-wielding employees are begging to run their entire work lives from their phones and tablets, but the head of IAG's HR transformation effort quickly realised there was more to the story.

Figures contained in a recent Deloitte analysis of the digital transformation trend within the HR industry suggested that for all the enthusiasm about mobiles, very few employees were actually using their devices for HR functions.

Just 7 percent of companies were using mobile technology for coaching, the report found, with 8 percent using apps for time scheduling, 10 percent for performance management, 13 percent for recruiting and candidate management and 21 percent for leave requests.

But IAG said other research suggested HR environments should be handling 60 percent of transactions through self-service interfaces, and only 30 percent of issues through classical service desk environment.

This disparity, the insurer's senior manager for people services David Lahood told ServiceNow’s NOWForum last week, highlighted the immensity of the transformation that lay ahead of IAG’s HR team.

“We were looking to optimise and digitise our people and culture (P&C) service offerings” to better support the company’s 15,000 global employees, he said.

“The nature of HR is changing, and we recognised quite quickly that we needed to speed up, try new things, and try to remain as relevant as possible by delivering world-leading customer services experiences – both for our customers and for our employees.”

Attaining this lofty goal was a clear challenge considering IAG’s more than 20 legacy HR platforms – which support brands including NRMA Insurance, CGU Insurance, Swann Insurance, Lumley Insurance, WFI, SGIO, and SGIC – were either unintegrated, or so heavily customised that they were too complex to be integrated.

The organisation had no system to measure how it was performing, no service catalogue, no clear service level agreements, and no clear performance indicators beyond vague operational goals. It turned to ServiceNow to address some of these shortfalls.

“We needed to integrate ServiceNow into a sometimes complicated and complex technology ecosystem within tight timelines, but could not sacrifice quality,” Lahood said.

“But if you can’t get your core, bread and butter services right, it’s going to be very hard to get credibility with other services.”

It became clear that delivering on IAG’s digitisation goals would require a massive shift from legacy environments to a fully realised single shared services centre that would centralise staff support functions and allow access from any device, at any time.

Four key drivers that needed to be addressed during the transformation were identified: social, mobile, data, and cloud-based initiatives.

Yet as any enterprise technologist knows, change – or even the promise (or threat) of change – often comes hard.

In promoting increasing usage of mobile as a boost for self-service, it was critical for IAG to avoid the low real-world adoption rates Deloitte had flagged. The firm brought a number of ServiceNow staff onsite to work side by side with the IT team, bridging cultural gaps and encouraging buy-in across the business.

Supporting its human-centric design approach, the implementation team kicked off an extensive internal branding and marketing campaign that worked to position the digitisation effort in a way employees could relate to.

Promotion of the self-service portal – branded as You@IAG by a team that was itself rebranded internally as People Connect – included everything from celebratory cakes at key project milestones, to promotions on IAG's Yammer platform and extensive banner advertising on the company intranet.

The campaign also included many of the same features typically associated with customer promotional campaigns – online video testimonies from enthused employees, educational visits and merchandising handouts at IAG’s retail outlets, and net promoter score (NPS) techniques borrowed from subsidiary brands to gauge staff interest in the project as it developed.

Rather than having the People Connect team drop an app into the world and cross its fingers, Lahood said soliciting feedback helped the project team not only continually refine You@IAG, but ensured users were as engaged with the project as the team was.

“There was a lot of excitement around the campaign,” Lahood said, “especially when we went out to our outlets to talk about it. The feedback has been great: users are saying that the portal is easy to use – that it works like Google – and that they wish they had had it much earlier.”

Ongoing monitoring of employee usage has supported this feedback: the first three weeks after launch saw more than 7600 unique visitors to the page, with the most interest in employee discounts and recruitment and career information, Lahood said.

In addition, many employees are accessing the site outside of working hours.

“These figures are encouraging and show us that our employees are interacting with the portal in the way that we want, and supporting our model,” Lahood said.

“You can spend as much money as you want on the user experience – but if the employee experience isn’t good, and it’s not easy to use for finding information quickly, employees won’t use it.”