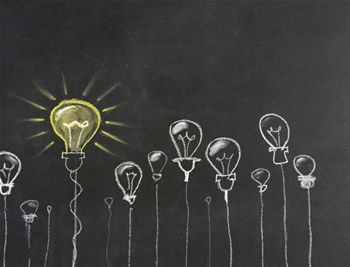 Up to 90 percent of enterprise innovation centres fail and prove to be a massive waste of resources, according to a recently released report, in a stark warning for Australia’s innovation-hungry enterprises.

Capgemini and Altimeter's The Innovation Game: why and how businesses are investing in innovation centres say the rise of the enterprise innovation lab has been triggered by “digital Darwinism” as organisations strive to survive and then prosper from digital disruption.

However, the report notes it is “extremely challenging” to make a success of innovation centres, with up to 90 percent failing.

Capgemini ANZ CTO Sudhir Pai said Australian innovation centres weren’t immune to the problems identified in the report, noting many were “museums” showcasing technologies that are already out of date.

“The dangerous thing that enterprises do is not look at the full lifecycle ROI [return on investment], and just focus on a fashion," he said.

“Behind each of the new things there is organisational change and cultural change. The business model change is the hardest thing. Innovation centres can be just a tick the box thing."

It’s a stark warning for Australian enterprises, which have been rapidly rolling out innovation labs and incubators as they attempt to respond to, and embrace, digital disruption.

Telstra recently announced its Melbourne Gurrowa Innovation Lab, IAG debuted its incubator in July, Commonwealth Bank has run its Innovation Lab since last year, Westpac's effort is The Hive, while Westfield runs its Labs out of San Francisco.

Ajay Bhatia, chief product and information officer at Carsales, says for many organisations enterprise innovation labs are an each-way bet – they can "either be positive or very negative".

He said quarantining innovation and making it the responsibility of a single unit could be dangerous.

“The problem is that the threat is so big, unless the whole company is behind it, it won’t have the strength to combat [the status quo]. That was the case with Fairfax.” Bhatia was technology director of Fairfax Digital until 2008.

But he acknowledged that if an enterprise was mired in traditional thinking, cordoning off a special innovation unit to at least get started was useful.

However, he warned that ultimately "the whole company has to get behind it. Not just the innovation lab but the corporate culture".

According to Tiziana Bianco, head of the Commonwealth Bank’s Innovation Lab, the bank's centre is a physical manifestation of the CBA innovation culture - "it is not a department that looks after innovation for the bank".

Fostering innovation cultures takes time, and requires long term commitment and investment. It also requires a series of different metrics to track success over its lifespan.

According to Ian Hill, Westpac’s head of innovation, the first metric is about engaging with staff.

“In its first year of operations, The Hive has had about 10,000 employees come through, which is close to 200 people every week. We get on average over 50 teams per month from across our business, either to directly innovate or to learn to lead innovation in their teams.”

Hill said it was possible to track “output metrics” such as the number of ideas that are commercialised.

“We’re in the final stages of signing a commercial agreement with an institutional customer this week, our first from a concept created and incubated in The Hive and our second agreement looks likely to hit in the next month," he said.

"These each took less than a year to commercialise and is a result that we are quite proud of given that globally, stats suggest it takes enterprises about three years to commercialise full concepts.”

The final metric for an innovation lab was what Hill described as “outcome metrics”, which can take up to five years to materialise.

“This is the pointy end of the innovation game, when you start to see the total revenue generated by new concepts and the overall ROI.”

He said it was intended to help Telstra “understand how to develop people, processes, leadership and organisational design” to meet both its own and customers’ needs in a changing and uncertain business landscape.

The focus was less on product, and more on raising the velocity at which Telstra could deliver transformative solutions to customers, he said.

If successful that would then have an impact on Telstra’s market share – and particularly in emerging markets such as internet of things deployments.

Bianco also uses a variety of metrics to prove the value of CBA’s Innovation Lab.

She looks at the number of concepts considered and tested in the space, the number of visitors who have come in, the use of spaces within the lab, and the number of thought leaders and the collaboration opportunities – including hackathons - it supports.

The Lab also provides a venue for “Garage” projects which allow cross-function teams to co-locate for two to three months at a time, and usability labs that might take a concept emerging from a hackathon and further develop it.

According to Kevin McKenzie, chief digital officer for the San Francisco-based Westfield Labs, its return on investment comes from harnessing the technologies which create an “immersive shopping experience” blending online and physical retail to set Westfield apart from rivals.

Since opening in 2012, Westfield Labs has pioneered a range of retail-related products.

They include the Searchable Mall, an online app allowing products to be bought online or instore; same day delivery of in-store purchases; express shopping centre parking and payment using RFID technologies; touchscreen digital billboards with payment concluded via a smartphone app; and the Eat-On-Time smartphone app allowing food to be pre-ordered from a Westfield food court.

More recently, it collaborated with the Commonwealth Bank to roll out a smartphone-based loyalty app.

According to Professor Kai Riemer, chair of business information systems at the University of Sydney Business School, there is clear benefit for those organisations that set up innovation labs to provide people “freedom to experiment” – as long as they have the right motivation.

Riemer said he harboured some concerns that some innovation centres were being caught up in organisations’ marketing and PR campaigns.

“I’m a little bit cynical about the way every large business has an incubator for the latest app," he said.