Info 'may be accessed' on ACT student Chromebooks 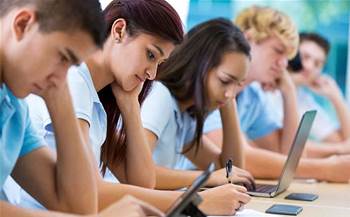 Parents of ACT students in line for a government-issued Chromebook must agree to allow the government and third parties access to information on the device.

The Australian Capital Territory purchased 15,000 Chromebooks from Acer at the end of October under a plan to equip every student from years seven to 11 with a device.

Several schools in the territory have now published ‘Chromebook acceptance forms’ for parents, which contains a list of conditions that students and parents must agree to.

One of the conditions is that “the territory and other people helping or working with the territory may monitor use of Chromebooks and may access information added to the Chromebook".

The ambiguous clause was first reported by the Canberra Times.

A spokesperson for the ACT Education Directorate said the clauses were “consistent with existing ICT policies” in the territory.

“Chromebook internet browsing activity and history is captured when the devices are at school and connected to the directorate’s school wireless network,” the spokesperson said.

“This network monitoring enables authorised staff and ICT security to access these logs in the case of any reported or identified behaviour that is in breach of ICT acceptable use agreement for Canberra public schools.”

The spokesperson said the network monitoring did not continue outside of school hours.

However, the devices are subject to filtering, and the spokesperson noted that “if the device is used illegally in any location then normal referral to authorities would occur as expected”.

Most students will get the Chromebooks in the first term of 2018. There are some reserved for year 7 cohorts in 2019 and 2020. The students do not get to keep the devices once they finish school.

If parents do not agree to the program, the Chromebook is given to the school rather than to an individual student.