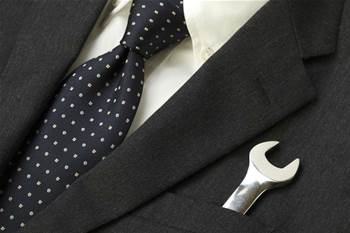 Addressing the CommsDay Summit on Wednesday, Burns said “we simply don’t have enough skilled workers to fill the critical roles this nation needs to stay safe, connected and grow.”

The country’s 30,000 annual engineering graduates isn’t enough to compete with a country like India, which Burns said has a million engineers graduate from a population of 1.4 billion annually.

However, he said, “adding contingent labour” won’t plug the gap, while if companies just poach each others’ talent, it would “drive the price of labour up in an already expensive market.”

Burns said Telstra’s view is that meeting the skills gap needs a threefold strategy: more STEM and digital training and re-training; a willingness for companies to “allow your people to work from anywhere, anytime”; and more of what he called “dynamic resourcing”.

On training, Burns said, with a demand of 6.5 million additional digital workers by 2025 compared to 2020, the university sector can’t be expected to meet the need – the total graduate pool each year from all courses is 350,000 students.

Unlike many of its peer companies, Telstra is calling for increased training by employers, rather than demanding more from higher education.

“The people employed in our businesses today are the best chance we have to fill the skills gap of tomorrow – so right now is the time to focus on re-skilling our people for the roles we’ll need in the future”, Burns said.

He cited Telstra’s Future Ready program, which builds staff skills, as well as an internal reskilling program for “in-demand roles like software engineering”.

The carrier is also ensuring it has the certifications and accreditations its customers demand.

While many employers are trying to reverse pandemic-driven work-from-home policies, Burns said Telstra has recognised that flexibility “will give you access to a much broader talent pool across the country and even the world.”

With all domestic roles now advertised as location-agnostic, Burns said, Telstra is “at the forefront of enabling hybrid working across this big country of ours.”

More challenging, perhaps, is how the company adopts what it calls “dynamic resourcing” without exacerbating the pain suffered by people in the gig economy – insecurity, uncertainty and poor pay.

“Dynamic resourcing… may be a radical provocation for many of us”, Burns told the CommsDay Summit.

The industry has to “come together to pool what is finite – people and talent.

“While we will always want a core team, to develop our strategies and the intellectual property that differentiates us in the market, adding a significant proportion of our resourcing from the ‘gig economy’ is one of the ways we can unlock the shared talent we all need.”

Organisations like Bugcrowd and Talent360 provide templates for “platforms that enable their customers to access broader talent pools,” Burns said, but a “significant shift in mindset” is needed.

“This means a significant shift in mindset – the traditional contingent labour process is still too heavy and slow for the world we now compete in,” he said.

“Embracing a shared talent ecosystem would be incredibly powerful with significant commercial returns for organisations and the economy.

“For organisations, six-to-ten week hiring, and onboarding cycles, could be reduced to days as gig workers are already onboarded into your systems and tools, familiar with your work practices and importantly, pre-authenticated in your security framework.”