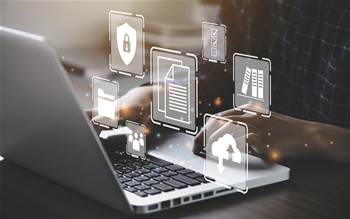 The Department of Industry, Science, Energy and Resources (DISER) has become the first federal government agency to implement ServiceNow at the protected-level.

“We focused on an ITSM implementation first. We started that project in July 2021 and went live in September 2021,” he said.

“The second tranche went live right across the whole organisation, including ITSM and a range of corporate services in December 2021.”

“This was almost like a pre-legacy system – it had been in place... since the early 2000s and was a rudimentary ticketing tool,” he said.

“So, what we really were looking at were ways to provide operational efficiencies and improvements for our staff to interact with corporate transactions.”

Stirling said that before ServiceNow staff weren’t always sure “whether to pick up a phone and ring someone, go to our intranet... or... try find someone to help them [in-person].”

“There was this quite disparate support process across the organisations for IT and then a different one for all other interactions,” he said.

“So, bringing them together, from a staff members perspective, gave them a single place to go for... interacting with all corporate and IT services.”

Stirling also said that while the platform had only been up and running for a few months, DISER is “seeing some really early benefits”, including freeing staff for other jobs.

“[There are] efficiencies in terms of the team of people who had to triage jobs that were lodged in our old service management tool, or via a phone call - that all happens automatically now, so we’ve achieved some pretty significant staff savings, which has freed those people up to move to higher value-add activities.”

DISER has also retired a series of mailboxes previously used to manage interactions with staff, and is now looking to interaction and integrations with third-party products.

In March 2022 alone, there were more than 6500 self-service requests, with email requests falling to just 164. There were also 500 virtual agent conversations.

DISER is now looking at a range of interactions and integrations with third-party products to automate HR and payroll jobs.

Stirling said that while some “network jiggery pokery” was needed to get the platform up and running in DISER’s environment, there weren’t any “particularly challenges”.

“We sort of paved the way for other organisations, so there are lots of learnings that have been achieved as part of our implementation,” he said.

However, DISER also underestimated the “significant application” of the platform in areas other than ITSM.

“We probably didn’t do that well at the start. We were more focused on retiring our legacy system and modernising our ITSM approach,” Sterling said.