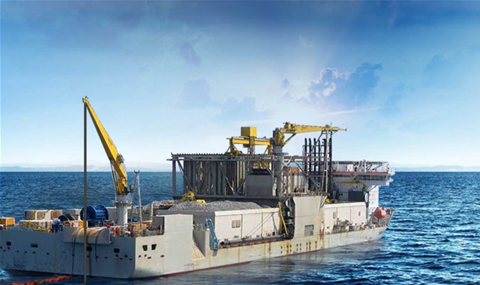 “Massive thanks to the team ... and our consortium partners AARNet (Australia's Academic and Research Network), Google, Telstra, Singtel and Indosat Ooredoo.

“Sometimes the good ideas just take longer. And thanks to Nokia Alcatel Submarine Networks for being a great partner throughout”.

The ambitious project was originally to have been built by SubPartners, which Slattery co-founded and still leads.

However, in April 2017, the project was renamed Indigo and a consortium of heavy-hitters came on board to fund its construction - and own a portion of the spectrum on the cable in return.

Indigo had been expected to be completed and ready for service sometime between Q1 2019 and “mid-2019”.

ASC and Indigo were at one time part of a three-horse race hoping to be first to build a new Perth-Singapore cable.

The route has traditionally been served by the ageing Sea-Me-We3 cable, which has been repeatedly severed over the years, disrupting internet traffic to and from SE Asia and beyond.

One of the main differences between the Indigo and ASC projects is that Indigo carts traffic to and from its Perth-Singapore via another subsea route connecting Sydney and Perth, whereas ASC uses terrestrial fibre for that purpose.

A third operator, Trident Subsea Cable, had also been hoping to get a Perth-Singapore cable project off the ground.