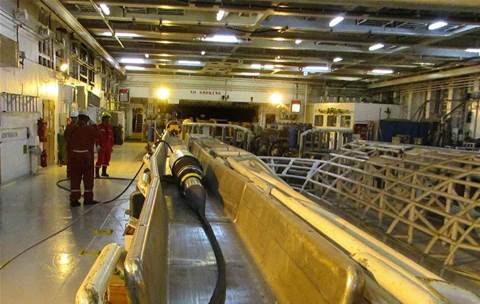 Vocus is starting to run live internet traffic over its Australia Singapore Cable a fortnight early to route around fresh connectivity problems with the existing Sea-Me-We3 cable between Perth and Singapore.

The telco said today that it had “implemented an emergency cutover of services that were running through Sea-Me-We3 onto the Vocus ASC, which is in its final testing phase.”

The Sea-Me-We3 cable suffers from consistent outages and is being superseded both by Vocus’ Australia Singapore Cable and the forthcoming Indigo consortium cable, both of which will run from Perth to Singapore.

Sea-Me-We3’s latest problem was confirmed last night in advisories to be a “fibre break at 1.2km from Tuas/Singapore Cable Station (between repeater R345 & 346)”.

Vocus indicated in a separate advisory that it had wanted to “immediately restore performance on its customers’ Australia to Asia traffic”, and had therefore decided to “operationalise” its own cable early rather than try to re-route customer traffic via the east coast of Australia.

“After consulting our team conducting final testing, we are confident that ASC is ready to provide reliable and effective services to mitigate the effect of the SMW-3 outage,” Vocus Group CTO Simon Smith said in a statement.

“Our priority is ensuring our customers continue to access the connectivity they require.

“The SMW-3 outage has forced our hand, but our testing on ASC is ahead of schedule and we are confident enough to press ASC into early service.”

Vocus said it is not anticipating any capacity issues for other customers that have contracted capacity on the new cable from the originally planned go-live date of September 14.