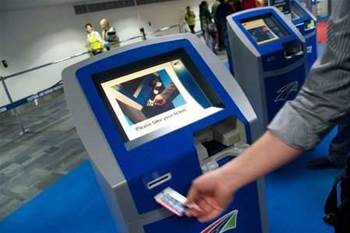 The Department of Immigration is forging ahead with efforts to overhaul its process for clearing incoming and departing travellers at the border, unveiling a framework for a new solution following dual trials.

Last July the then-Customs service - which has since been folded into Immigration - revealed it was looking to introduce a new border clearance system to speed up the process for processing legitimate travellers and better flagging risks.

The proposed system ascertains whether a traveller is eligible to enter or leave Australia through air and sea ports. Should the rollout be successful, the system would later be expanded to include clearance processing for vessels and cargo as well.

The agency last year undertook two separate proofs-of-concept to test out different technologies and implementation methods side by side with Accenture and Unisys.

The PoCs ran for four months to this past March and helped the department piece together a business case for the new capability.

The department refused to confirm whether or not Accenture and Unisys would be able to bid for the full project.

The tests also helped bed down the specifications for Immigration's current approach to market for a systems integration partner to implement and roll out the solution, published late last week.

It will integrate with the department's existing Quintiq software for planning and scheduling and Pega software for case and process management.

Once live, the border clearance platform will match a passenger's personal and biometric information against international watchlists and department risk profiling as soon as their intention to travel is flagged, such as through the booking of a ticket or application for a Visa.

Each traveller will then be assigned a risk profile and treatment plan which will inform how easily they can pass through border clearance.

Thanks to new legislation which came into effect this month, Immigration is now able to access details from airlines of passengers leaving Australia prior to their departure. Previously it only had access to incoming traveller data.

Immigration is planning to have signed a systems integration partner by December this year and have the project completed by March 2018.

The project is a result of expected growth in traveller numbers over the next ten years - forecast to rise from 30 million to 50 million annually by 2023  - as well as continued pressure on border agency operating budgets.

Cargo transactions are similarly expected to jump from 31.8 million currently to 97.9 million items per year by 2017.

Immigration is hoping the new platform will significantly increase its border efficiency by allowing it to automate most of its passenger processing through self-service hubs, such as through its growing use of electronic smart-gates.