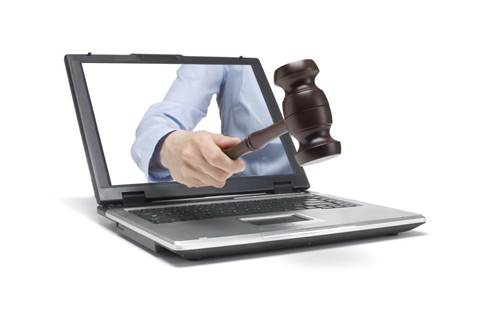 The film industry has submitted that it is "not desirable" to sue individual internet users alleged to have infringed copyright, returning to a discussion of "authorisation" during opening submissions to the full bench of the Federal Court.

As the appeal case between the Australian Federation Against Copyright Theft (AFACT) and ISP iiNet entered day one, the film industry's lead barrister David Catterns QC submitted that the Copyright Act allowed the studios to sue an alleged "authoriser" of the infringing activity rather than the "primary infringer" - the individual users.

"There's no person to sue in Australia for BitTorrent, but it's wrong to say we have to sue the primary infringer," Catterns submitted.

"The whole structure of the [Copyright] Act is that there's an alternative person that can be held responsible.

"We have no way of detecting these individuals. Rather than having to sue them, the Act under section 101 enables you to sue the authoriser.

"We submit that's important. It's not desirable to be suing individuals time after time."

Catterns QC said the iiNet case was "significant... not just because it relates to the internet" but also because of "the respective balance of rights and responsibilities between copyright owners and ISPs".

"Our submission is that the idea of authorisation in Australian copyright law has, since the Moorhouse case, at least become a significant legislative tool and also a practical tool for copyright owners, whereby copyright owners can achieve measurable control in developing technological uses," he said.

He argued that Moorhouse - case law that involved a University providing students with access to library books and a photocopier but not taking reasonable steps to ensure students didn’t make illegal copies of the texts - came at a time when a photocopier was a "fairly new and powerful technology" - drawing similarities with the current case, which involved the internet.

"We submit that the concept of authorisation in Moorhouse has developed into a unique position in some in ways in the Australian law concept, which is part of the balance [between copyright owners and consumers]," Catterns QC said.

"Moorhouse is alive and well and governing Australian authorisation law."

Catterns QC alleged that there were "clear primary infringements" of the film industry's copyright in the iiNet case that occurred via "iiNet's facilities for communication."

"We submit there is very strong evidence of the knowledge of the requisite type for authorisation," Catterns QC alleged.

"They had the power or control [mechanisms] to prevent acts of infringement and we submit they declined to do anything. Therefore it's a clear case of infringement by authorisation."

The case continues. For a complete history of the case, click here.