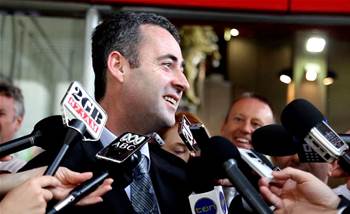 The Federal Court of Australia has dismissed the film industry's case against iiNet, finding that Australia's No.3 internet provider did not authorise copyright infringement on its network.

The Australian Federation Against Copyright Theft representing the film industry, has been ordered to pay iiNet's costs. iiNet chief executive Michael Malone estimated that these costs add up to around $4 million.

Summarising a 200 page judgement, Justice Cowdroy found iiNet users had infringed copyright by downloading films on BitTorrent, but he found that the number of infringers was far less than alleged by AFACT.

More importantly, Justice Cowdroy said that the "mere provision of access to internet is not the means to infringement".

The fact worldwide piracy was rife "does not necessitate or compel a finding of authorisation, just because it is felt there is something that must be done", he said.

And he found that iiNet was "entitled to safe harbour" provisions because it had a policy on infringement, even if its policy didn't stand up to AFACT's standards.

"We are delighted with the result and largely just relieved that it is over," he said. "We welcome the outcome. We said from the beginning we did not believe we ever authorised copyright."

Malone said the case proved that AFACT's approach had "wasted a year" and not been constructive. He intends to now attempt to negotiate with film studios and other rights holders [video] to sell their content legitimately through the ISP's "freezone".

AFACT executive director Neil Gane said outside the court that the film industry is "very disappointed" with the judgement [see video]. He said the Federal Government cannot stand by and watch Australians infringe copyright "unabated".

"AFACT will spend the next few days deciding whether to appeal," he said.