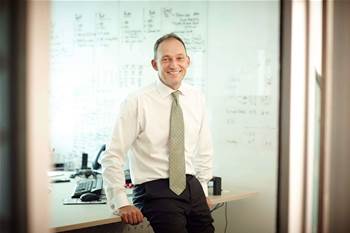 iiNet has confirmed two new executives to its leadership team, naming David Buckingham as the replacement for former CEO Michael Malone, as well as a new CTO to replace John Lindsay.

Buckingham has been acting as the internet service provider's chief executive officer since Malone took a sabbatical from the company last November and eventually quit in March.

iiNet searched globally for a replacement and today appointed Buckingham permanently to the role.

"David presented an obvious choice as the person to lead iiNet now and into the future," chairman Michael Smith told investors.

Mark Dioguardi joined iiNet at the start of this month. He most recently served as the head of technology strategy for Maxis, before which he worked as the joint chief operations officer.

Dioguardi has a long history in mobile networks, including several short stints at Telstra, where he was employed most recently as its executive project director for 100Mbps broadband as well as its general manager for network architecture.

He also spent nearly a year from late 2001 as Telstra's national manager for mobile network design and development.

An iiNet spokesperson said Dioguardi would have responsibility for the strategy, planning, engineering, construction and operation of iiNet’s network technology.

iiNet CEO David Buckingham said in a statement Dioguardi would bring experience across a "wide array of technologies" to the company.

"He brings more than twenty years of telco experience and a wealth of knowledge from his senior roles across Australia, Europe and Asia. I look forward to working with Mark as we build and improve one of Australia’s most advanced broadband networks.”

The CTO role had been temporarily filled by both chief business officer Greg Bader and CIO Matthew Toohey, who return to their functions following Dioguardi's appointment.

Former iiNet CTO Lindsay announced his departure from the internet service provider in January after almost two years in the role.

He had joined iiNet as a result of its acquisition of Internode in 2011.

Lindsay's departure was the first of two high-profile exits from iiNet this year.

iiNet founder Michael Malone resigned from the company he built in March this year after taking a three-month sabbatical and deciding it was time to move on.

Earlier this month, Malone sold off his majority stake in the business, reducing his shareholding to less than five percent. Malone had incrementally sold off more than 1.1 million shares since his departure.