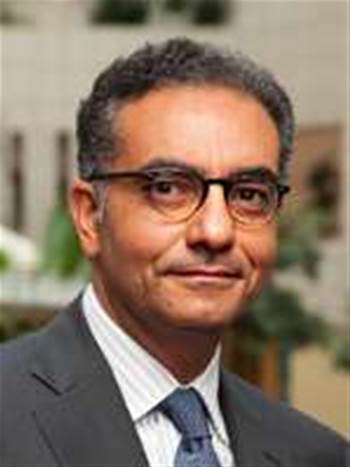 Internet domain names body ICANN has appointed a new chief executive to take on some of the major challenges facing the non-profit body in the near future.

Fadi Chehade, currently chief executive of cloud-based education software vendor Vocado, will start his new job in October. He replaces Rod Beckstrom, who will leave ICANN at the end of his three-year contract in July.

Chehade told reporters in Prague that he would build consensus among all the stakeholders involved in affairs affecting the internet.

ICANN has suffered several setbacks and criticisms pursuing its most ambitious internet expansion project, to establish up to 1000 new generic top-level domain names as branded replacements for  .com or .org.

The organisation received 1930 individual applications earlier this year for the new domains, including from three of the Aussie major banks, iiNet and the AFL.

ICANN's plan, however, caused controversy as brand owners felt they would have to take part in the expensive project or risk rivals bagging domains that could be mistaken for their own.

The United Nations, the International Monetary Fund and 26 other organisations asked ICANN last year to make sure domain names such as .un could not be seized under the new system.

The organisation has also sustained criticism from those believing the gTLD process – which attracts an application fee of $US185,000 and ongoing maintenace costs – is a profit-making exercise.

Its critics include the US Government, which in March threatened to revoke the body's contract to run the internet addressing system.

Chehade, born to Egyptian parents in Lebanon, where he lived until escaping the civil war there at the age of 18, has led a number of IT companies in the United States.