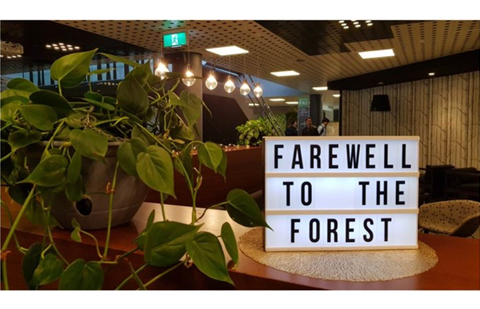 Outer-Sydney office founded in 1983 is no more.

IBM has left its office at Cumberland Forest in Sydney’s west.

As the company’s brief local history (pdf) states, Big Blue opened its then-Australian headquarters on the West Pennant Hills site in 1983 when the company’s local presence was led by Brian Finn.

The facility included offices and a data centre that was in use until recently. It was set amidst a forest and touted as a futuristic workplace. It also sported a huge and eclectic Australia art collection, of significant and sometimes curious pieces, that this year went under the hammer.

The site has long been slated for redevelopment as a residential suburb and IBM was not opposed to that, having long-since decided that it wanted its people to be closer to Sydney’s CBD. That plan meant losing the data centre on the site, but as that too was an older affair IBM embraced the opportunity to modernise as it builds out its cloud.

The end came late last week and the site was seen off with a party.

Staffer Sharon Tunley penned an appreciation of the site’s end.

“Back in the 1980s IBM Cumberland Forest location was born. The building design won several architecture awards. The office environment idyllic. The buildings surrounded by an extensive tree canopy including Blue Gum High Forest that is now 25 to 30 years old. IBM worked with the National Trust to establish a bush regeneration plan and 40,000 native plants were planted.”

She continued: “The State Forest and surrounding bush attracted cockatoos, rainbow lorikeets, owls, snakes, lizards, bush turkeys, magpies, ravens, the occasional koala, and I’m sure much more that we did not see.”

Another IBMer, Shiva Reddy, took to LinkedIn where he commented that the atmosphere in the office had sometimes becomes low-key it earned the name “Slumberland Forest”.

Reddy’s post is a little bleak: it shows empty offices and IBMers putting on brave faces.

It also generated a comment from David la Rose, general manager of IBM Australia’s partner ecosystem, who wrote “It was a special place that will go down in IBM history but as I always say IBM is experienced through the IBMer and that lives on...”

IBM recently opened a new office at 259 George Street in Sydney's CBD, and is also re-furbishing its offices a few doors up from iTnews in the Sydney suburb of St Leonards.

Got a news tip for our journalists? Share it with us anonymously here.
Copyright © CRN Australia. All rights reserved.
Tags:
ibm strategy