Call that an art sale? IBM Australia’s huge clear out just got much bigger 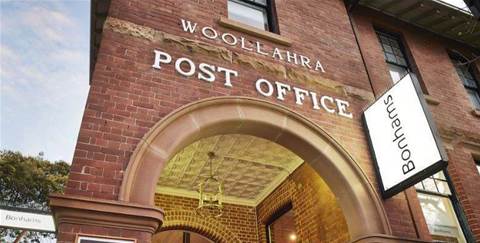 Prized Australian works worth +$250k and their inside story emerge.

When IBM offloaded a whopping 286 pieces of art collected over 30 years from its rapidly consolidating Australian property portfolio, it was easy to giggle at some of the more dated examples of 1980s Australiana hitting the secondary market.

And let’s face it, the world of art palatable to big, conservative corporations was always going to be on the safe rather than edgy side. But in every boardroom and basement clear out, eventually some treasures emerge.

It now turns out IBM has retained a second high-end art international dealer in the form of Bonhams to raise some serious interest in its giant liquidation of Australian artworks.

After a bit of digging around the virtual packing rooms, iTnews can reveal a far more valuable collection of around 20 quite serious pieces – including works from Cressida Campbell, William Robinson, John Olsen and Dale Frank – will now go under the hammer this month.

The gallery-grade works are subtly blended in with other big ticket pieces from private collectors – but there’s an immutable giveaway in the catalogue for Bonham’s 26th June sale that lists the provenance of the pieces as coming from Big Blue.

As IBM likes to remind us in every blockchain promo it pumps out, authenticity really is a big deal these days, especially if you want to protect your price and guard against fakes.

After choosing an initially quiet (and dare we say hyperledger-free) approach to selling off much of its Australian collection, the IBM’s local arm of the technology giant has now come clean with a full and frank disclosure about why it’s offloading three decades of amassed works.

As widely suspected, it comes down to real estate, or the imminent lack thereof.

“Over a number of decades, IBM has acquired a significant range of artworks for our offices in Australia. The end of lease of our Cumberland Forest site has triggered a review of the overall IBM art collection. Artworks from Cumberland Forest, St Leonards, Brisbane, Melbourne and Perth have been collected and catalogued,” IBM said in a statement.

“We have collected 330 art pieces which will be sold via auction. The bulk of these works are from the Cumberland Forest site where our lease ends in September.”

Bargain hunters and art arbitragers beware though; don’t expect anything under the five digit range at Bonhhams’ art sale for Big Blue, they’re just not that kind of shop. This is where minor royals hock their jewels, celebrities dump their sports cars and couture and rock stars flog their instruments.

A nose around Bonhams London sale room yielded the David Bowie spacesuit from the Ashes to Ashes video clip, a The Who drum skin from legendary demolition artist Keith Moon and one of Kurt Cobain's guitar amps with a decent chunk smashed out of it.

Where will the money go?

One of the great perks of art collected by corporates is that when it’s displayed in an office you can write it off on tax. Smart buys (harder when you have to play it safe) can yield substantial increases in value over the years, especially if an artist falls off the perch.

The windfall (or write down) IBM will collect will only be determined after the hammer drops, but the works at Bonhams have already attracted some serious interest we’re reliably informed.

Initial speculation had been that IBM was planning to send the proceeds to a charity, but it’s since clarified that position.

“Once finalised, the proceeds will be used for the benefit of current and future IBMers with support from our local IBM Corporate Social Responsibility team,” Big Blue said.

“Everyone is encouraged to attend the online auction or in person.” Well, it does help to drum-up some interest.

Still in the market

The liquidation, IBM stressed to us, isn’t just about making space. Having supported the local arts community for some time, IBM says it will continue to make buys when it finally moves back into the Sydney CBD to be closer to its clients after spending decades in suburban tech parks.

“Our intention is to support Australian artists, specifically work by indigenous artists,” IBM said. “A number of new works will be acquired for our new office on 259 George St in Sydney.”

The collection now going up also reflects the expansion and contraction of IBM’s presence in Australia.

As many will remember, the company was once a major onshore outsourcer that booked billion-dollar deals with Westpac and the South Australian Government when divesting all your tech was the hot corporate fashion.

But the times, and the art that they produce, ultimately change.

“[The pieces up for auction were] sourced throughout the years IBM has had a presence in Australia.

“The collection has grown throughout the years as we expanded our business - the bulk of our artworks were purchased when we built the site in Cumberland Forest. At that time, IBM purchased works by emerging Australian artists specific and complementary to the Cumberland Forest site,” IBM said.