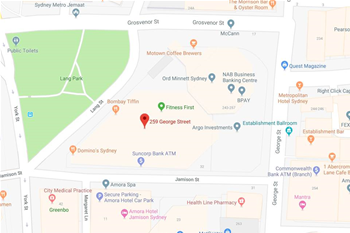 IBM has announced a consolidation of its Sydney offices that will see it leave the site of its Cumberland Forest data centre and take up new digs in the heart of the CBD.

The St Leonards building will be retained and refurbished to increase its capacity.

The other sites will close as IBM has signed a lease for seven floors of 259 George Street, a property billed as “postmodern architecture” that “serves as an imposing establishment to the Sydney skyline, right in the heart of Sydney's financial district.”

Which is why IBM wants to be there: ANZ managing director David La Rose said the location “puts IBM closer to many of our clients and gives us the ability to combine technology and talent in new ways to create a highly collaborative and composable workspace for employees, clients and partners to come together for co- creation and rapid innovation.” The startup hub around the corner on York street is another draw.

IBM will move into the new building in August 2019.

IBM has signed an eight-year lease.