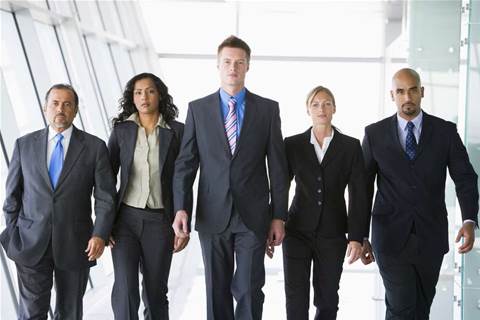 Uses Kenexa to take on SAP and Oracle.

IBM will buy Kenexa for about US$1.3 billion to enter the human resource software market in a move that would likely increase competition with Oracle and SAP, who recently bought into the sector.

The deal underpins the importance that slow-growing technology giants place on faster-growing, web-based software makers, whose products are less vulnerable to the economic downturn as there are no upfront costs for program licenses, dedicated hardware or installation.

SAP bought Kenexa's competitor SuccessFactors for US$3.4 billion in cash last December, while Oracle bought rival Taleo for about US$1.9 billion in February.

The two companies made other cloud purchases, including RightNow Technologies and Ariba.

Kenexa shares jumped nearly 42 percent, equaling the premium offered, to a life high of US$45.92 on the New York Stock Exchange on Monday.

The acquisition suggests that IBM is ready to find a foothold in the fiercely competitive market for delivering business applications via the web.

It brings the company face-to face against close partner SAP and rivals Oracle and Salesforce.com, the largest maker of web-based software.

"This is a big step," said Nucleus Research analyst Rebecca Wettemann. The move makes it clear that IBM is serious about taking on Oracle, SAP and Salesforce.com in the business applications market, the analyst said.

"This brings the arms race up a notch."

IBM is expanding in the fast-growing field of delivering business applications through the Web as its new CEO Ginni Rometty looks to make her imprint on the 100-year-old company that is widely considered one of the world's most conservative computer technology firms.

"IBM has previously suggested the return on software acquisitions is the best it has seen in recent years. We expect continued acquisition activity this year," ISI Group analyst Brian Marshall said in a note.

IBM has focused its highly profitable software division on email, databases, operating systems and "middleware" - programs that make up the plumbing of computer networks.

It has shied away from selling applications such as human resources software.

"Following Oracle's move into hardware and SAP's move into the database market, both of which position these leading apps companies more in IBM's traditional markets, IBM has perhaps fewer reservations about participating in the apps and software-as-a-service market," Nomura analysts said.

"The Kenexa acquisition will complement IBM's social business and HR business services leadership," IBM said, adding that it expects the transaction to close in the fourth quarter.

Kenexa has more than 8900 customers across financial services, pharmaceuticals, retail and consumer industries, it said.

(Reporting by Jim Finkle in New York and Sayantani Ghosh in Bangalore; Editing by Rodney Joyce and Joyjeet Das)